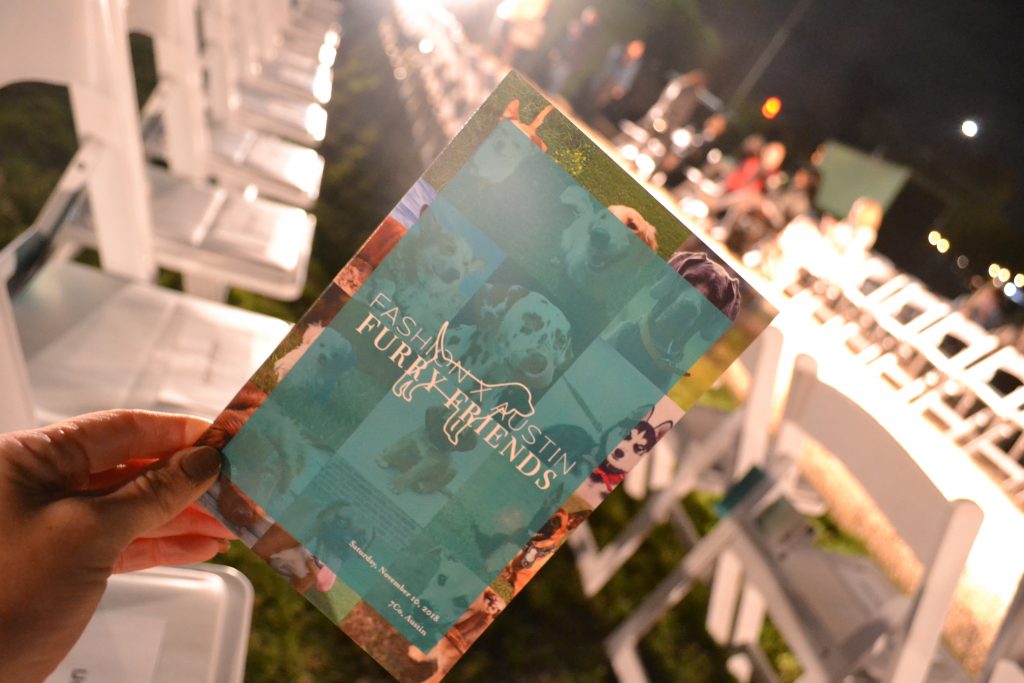 Fashion X is the leading fashion event producer in Texas with a mission to connect emerging brands direct to consumers. It is the leader in Austin, Dallas and Houston. Fashion X Austin is the alternative to Fashion week in Austin, only it runs throughout the year with different events. 2018 is the 10th anniversary of Austin Fashion Week / Fashion X Austin. Fashion X Austin is the largest week of fashion events in the state of Texas and the 4th largest fashion week concept in the United States.It was established to place more focus on emerging and independent designers with hopes of connecting them to boutique buyers and direct to consumer through runway shows and pop up shops. 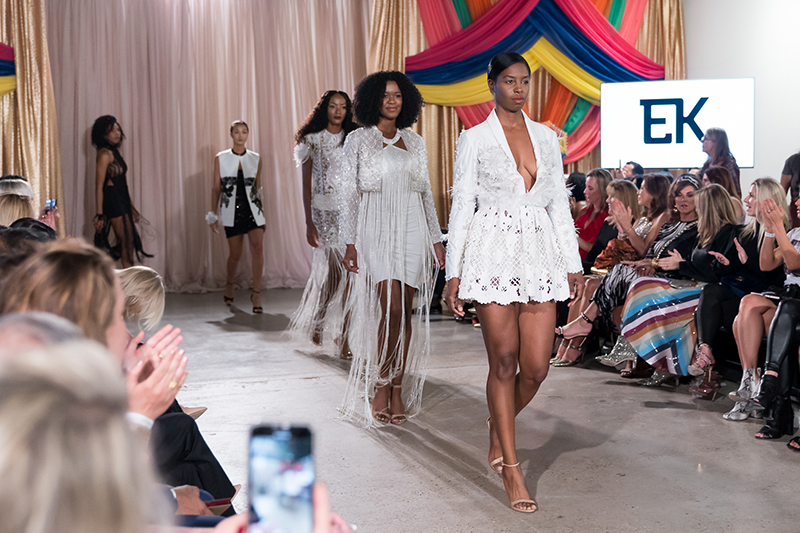 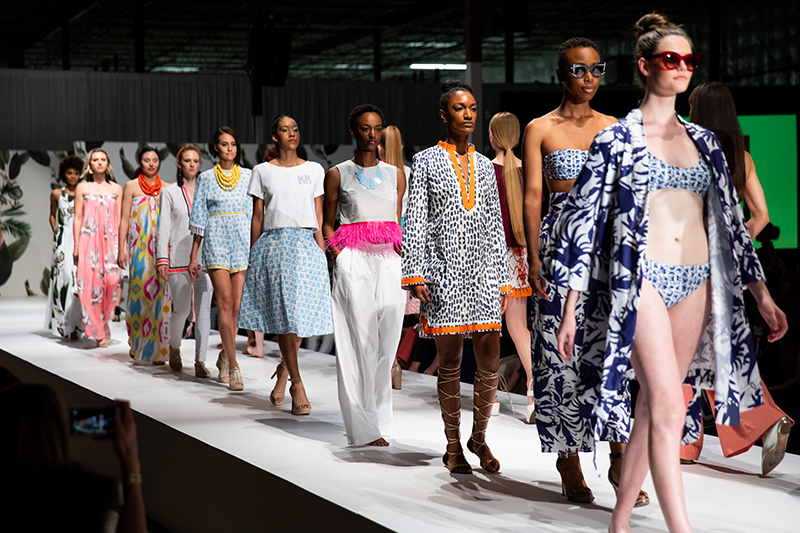 And it most certainly has done that, by attending Austin Fashion Week in February of this year, I have met and been introduced to some amazing Austin Designers, artists and Fashion influencers because of it! Austin is one of the most creative Cities here in Texas so its no surprise to meet some truly inspiring fashion designers making their mark in Austin and the states.

The event held this Saturday was in Honor of all the veterans, being held on the 1oth of November, it is the time of year where the US honor all their countries veterans. The week is known as Veterans Week. In keeping with this theme Fashion X organised the Fashion X Furry Friends, a unique fashion show that incorporated a chic dog-friendly fashion show benefiting Hounds For Heroes. Hounds For Heroes provides service dogs for Veterans in the Austin area suffering from PTSD and mobility issues. The runway show featured 10 retail and designer brands along with influencer models who walked the runway with their own dogs alongside Veterans with the Hounds for Heroes. 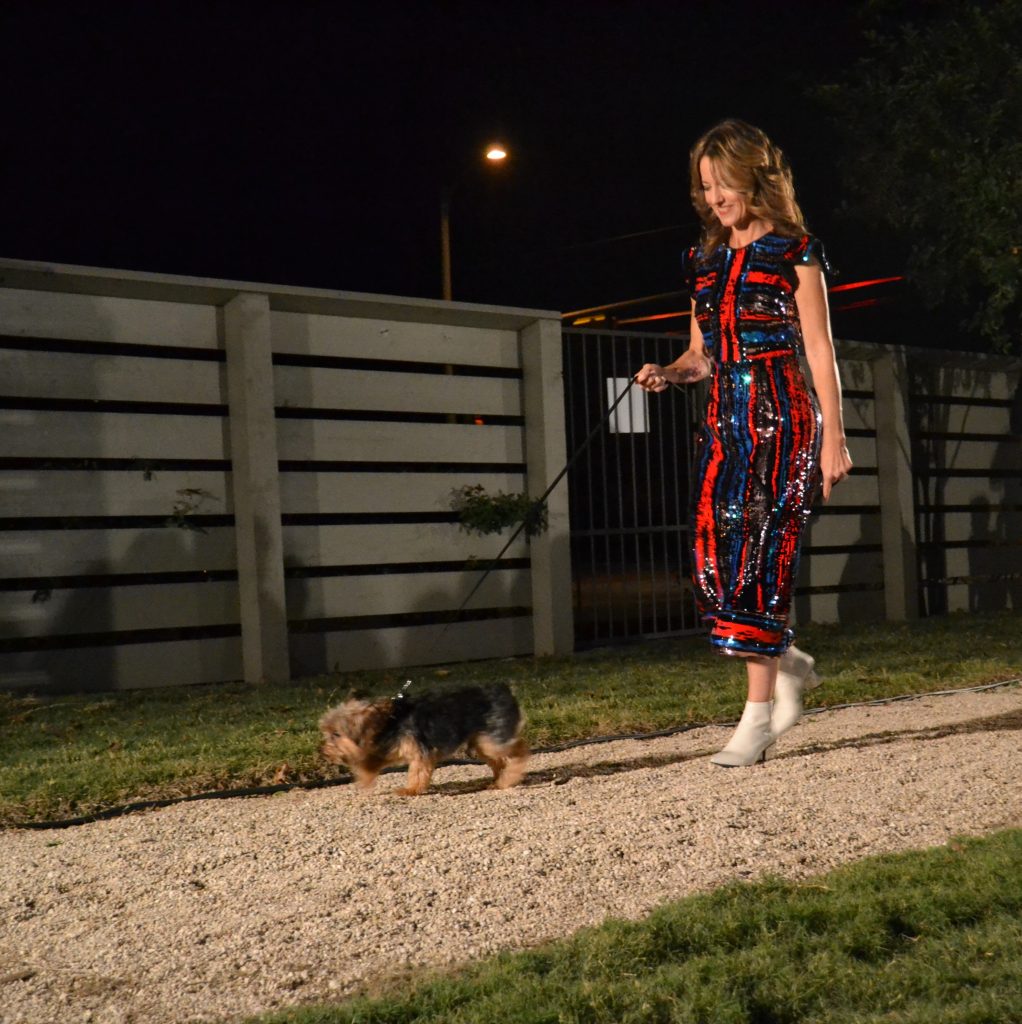 While February’s fashion week focus on Austin and Texas designers established and up and coming, the emphasis on this show was to showcase the boutiques around Austin, Texas, with the exception of Amberleaf and League Of Rebels who design their own clothing. And Esby (another Austin Designer) apparel, founded in 2014 by designer, Stephanie Beard, and features quality clothing for women & men, their apparel is made here in the USA. 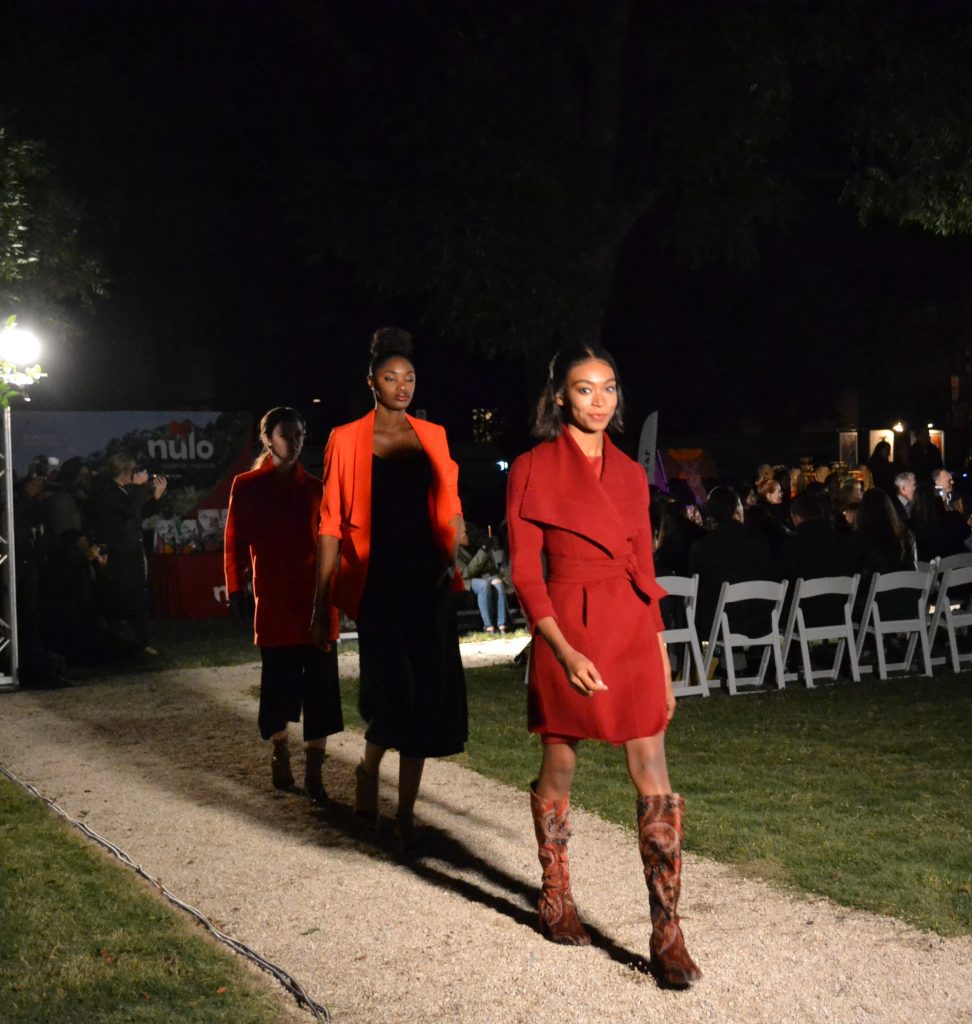 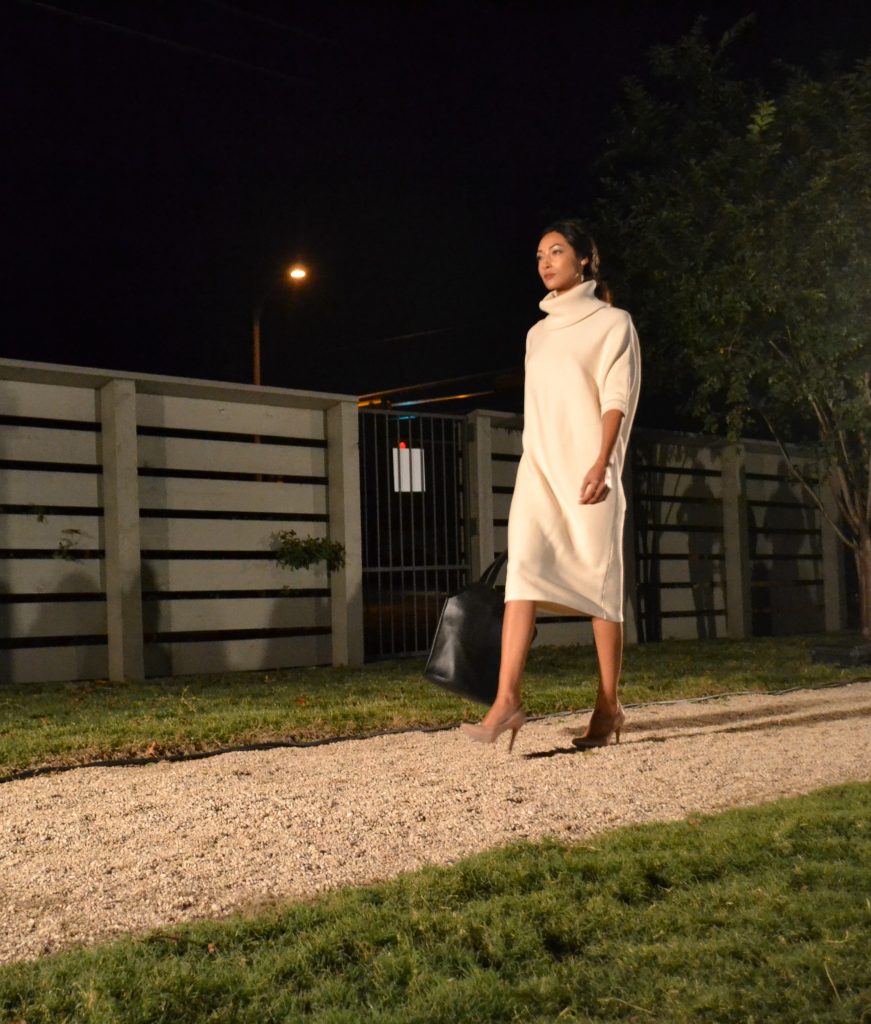 Most of the Runway featured clothing from a variety of beautiful boutiques around Austin, from the Garden room, Redbird, Estilo (selling designer brands), By George. The collections were beautiful with all varied styles to keep you up to date for Autumn/Winter. A splash of sparkle, with a hint of Christmas was particularly notable in the Redbird collection. 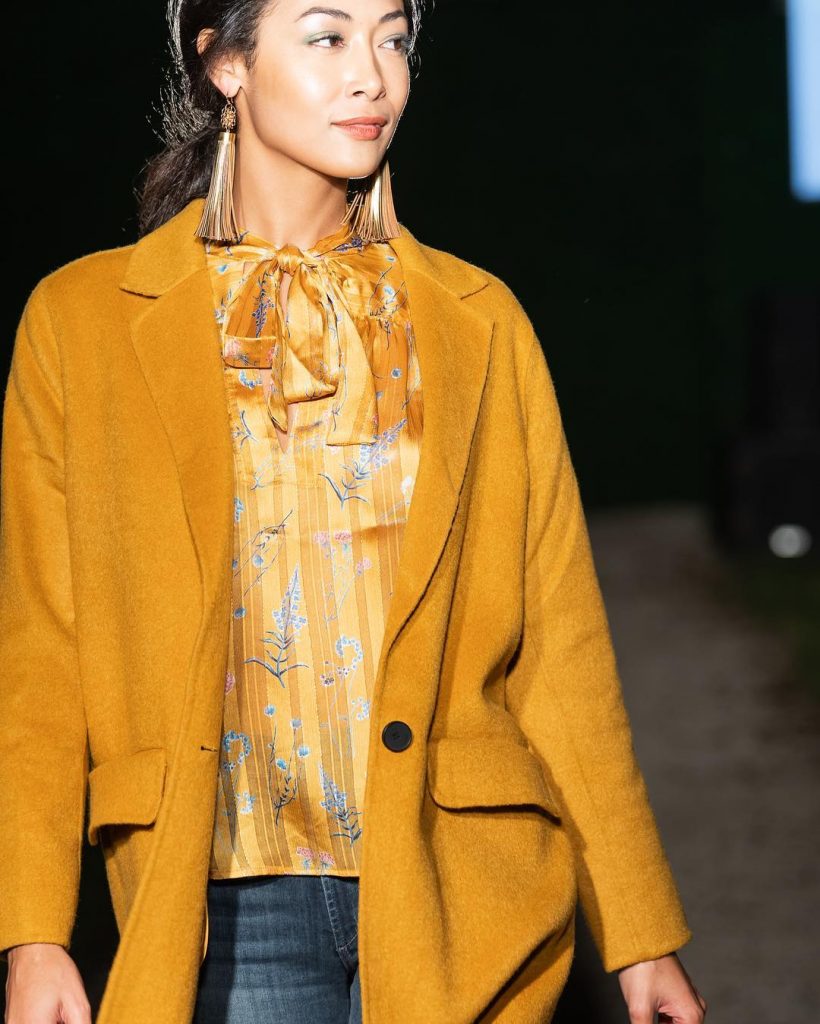 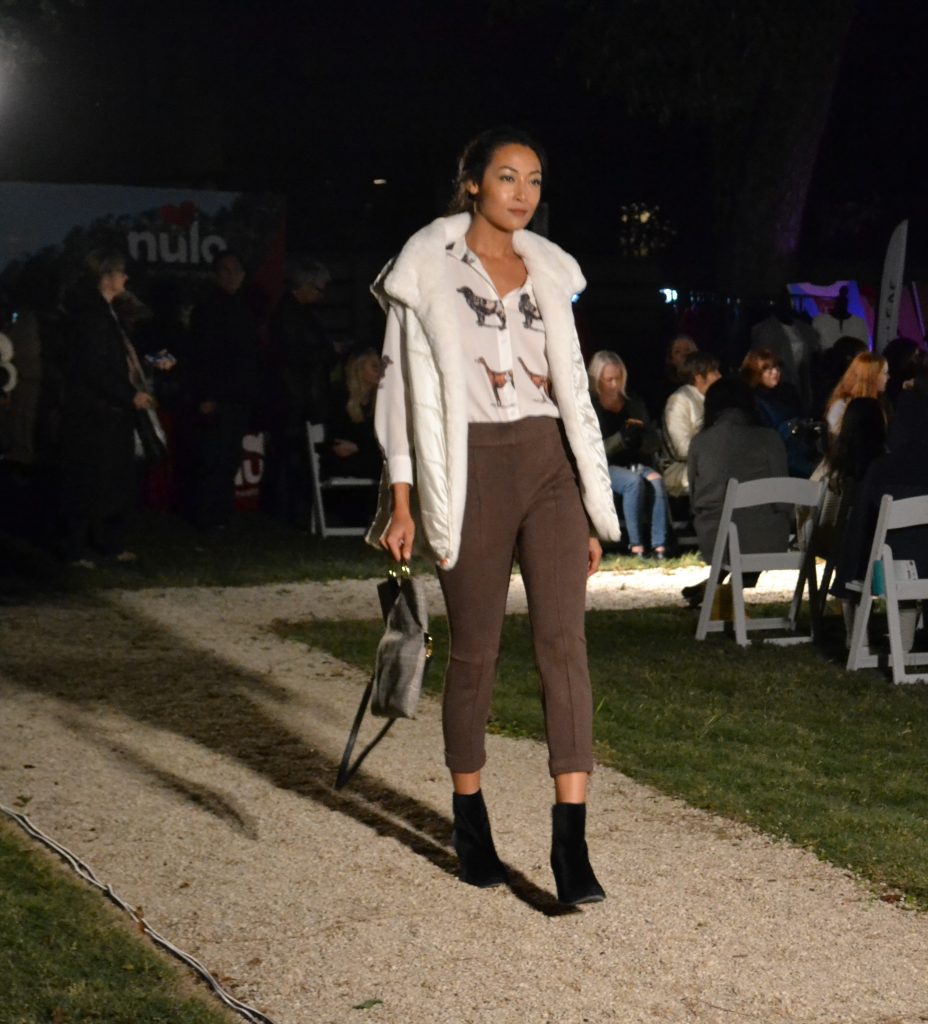 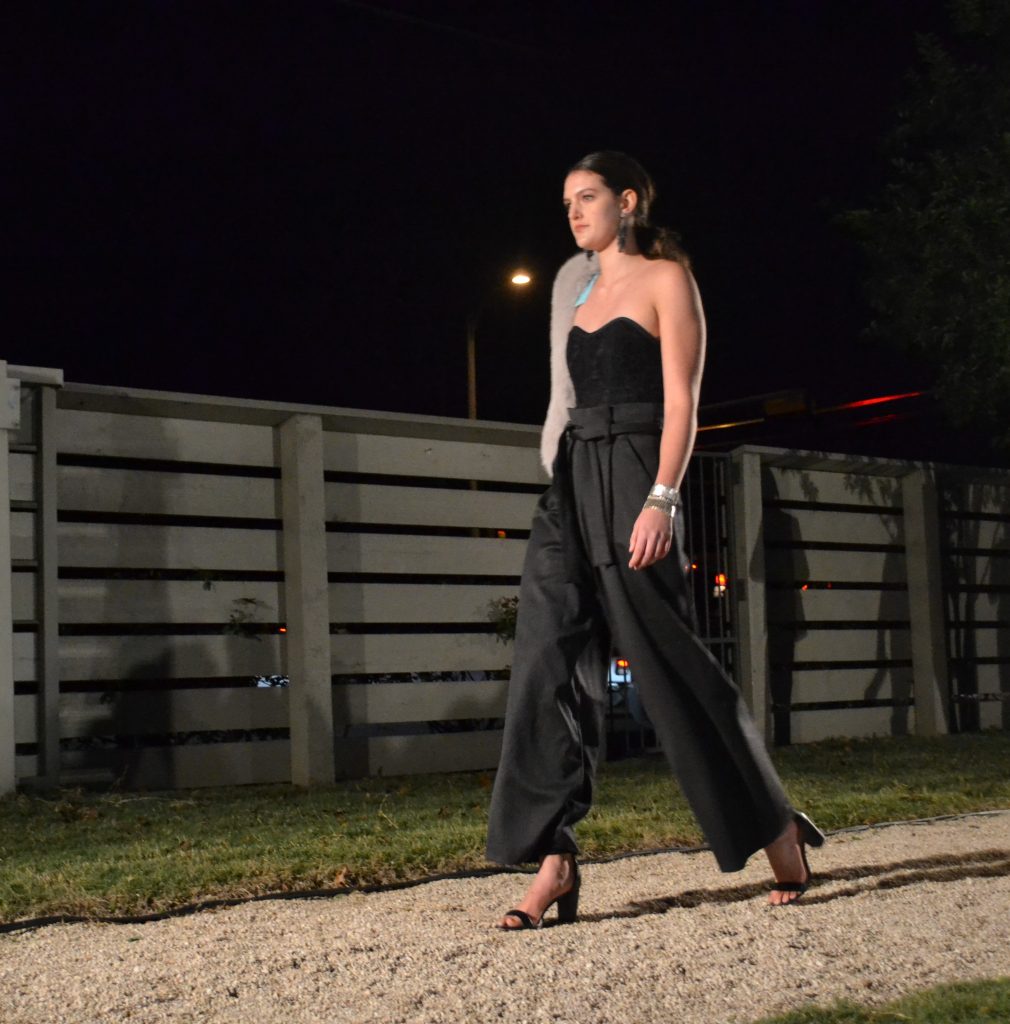 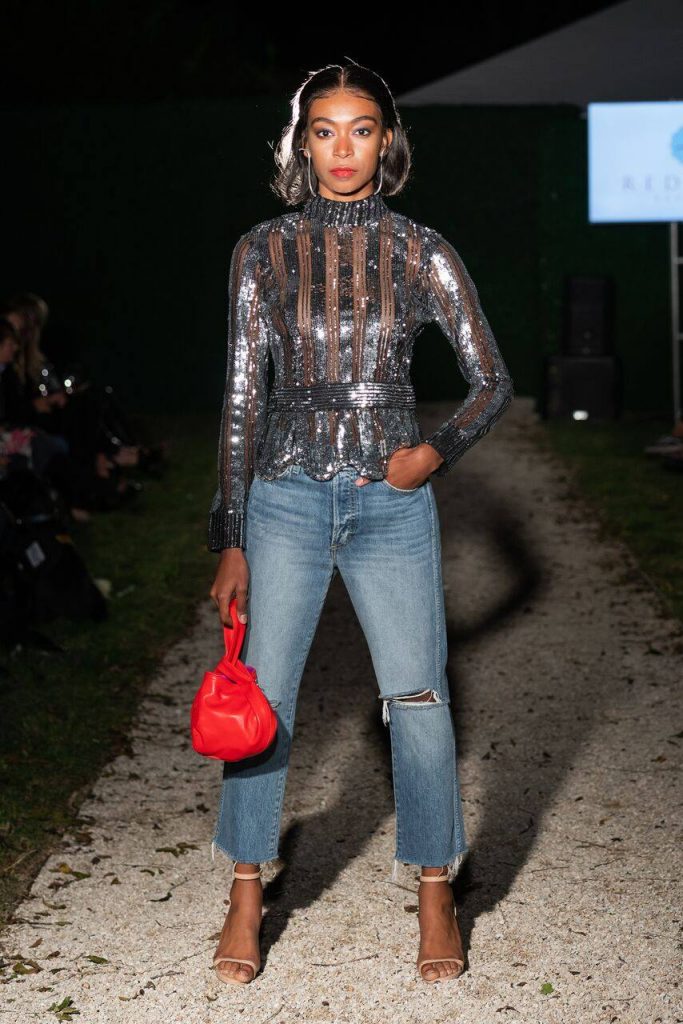 I love how Fashion X Austin bring together Fashion Designers, boutiques and Fashion creators together, and establish a network. At every event its growing larger and giving Austin Designers and boutiques a platform to highlight the amazing fashion talent Texas has here. I am excited to see what Fashion X will bring next year for 2019. One thing is for sure, it only be impressive as last saturday’s show.

Austin Fashion; Since moving to the States and Austin in January from Ireland I am keen to become more familiar with the fashion scene here in Austin. And as far as fashion goes the creativity and talent here in Austin is incredible and up with the rest of their peers in New York and over near my neck of the world London. 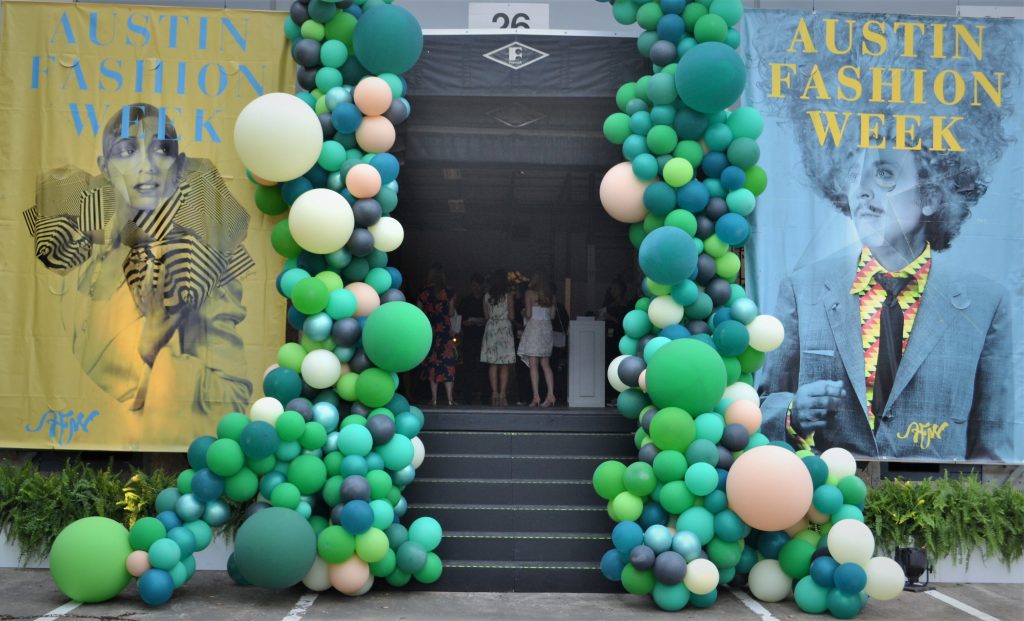 But here’s some background for you, as I am new to Austins fashion community too.
Fashion X is the main source for all things fashion and style with an emphasis on emerging fashion designers and brands in Texas. Fashion X is the creator and producer of Austin Fashion Week, Fashion X Dallas and Fashion X Houston. And this year 2018 marked the 10th anniversary of Austin Fashion Week / Fashion X Austin which exceeded all expectations from what I saw..
Fashion X Austin is the largest week of fashion events in the state of Texas and the 4th largest fashion week concept in the United States. That alone is impressive and I was so excited to be attending! 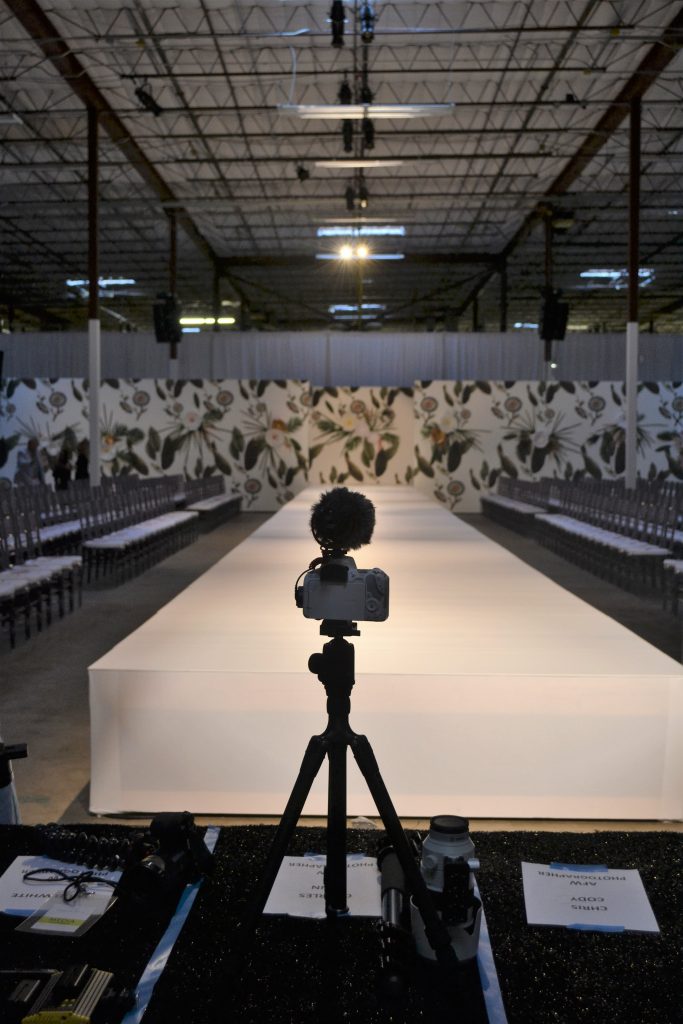 I was lucky enough to receive a Press pass for the first night of the RUNWAYS during Austin Fashion Week which was Thursday, April 5, BERNINA Fashion Fund Showcase, Here we were treated to 5-look runway collection from more than 19 up and coming fashion designers who have less than 3 years with their fashion label.
To say the level of talent was amazing would be an understatement it was phenomenal. I was so impressed with the creativity displayed on the runway, an the amazing banana leaf backdrop wall created by Austin’s Katie Kime was insane. In fact the whole venue space at the Vault was beautifully done. 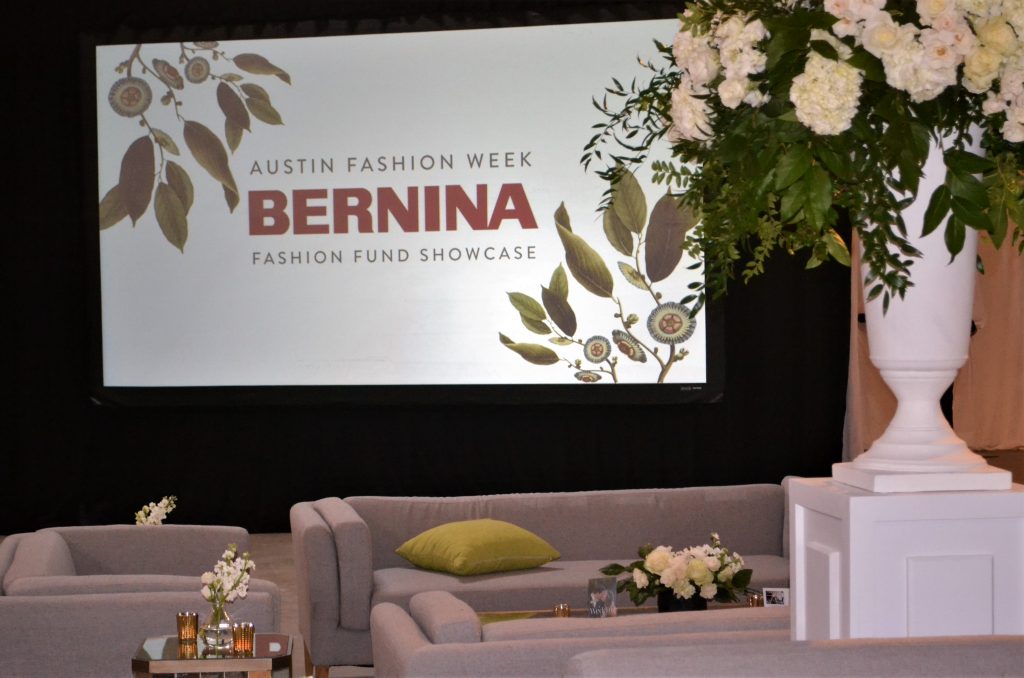 And the designers (who showcased outstanding collections) were Brittany Nicole, Arion, Lizna, SHUSI, Harry Rex, Freedom, Modish & Swank, La Lo La Clothing, Prodigal Sun Designer,This is Sloane, B.Poshi by Yusuf, Carolyn Teveldal of Baby Portrait Prop Shop, Shavanthe, Nico, Amyra, Alexandria Lee Designs, KOVAS Swim, Vaeward, Jimmy Burner.  With their amazing talent and skills it was no easy decision for the judges to choose a winner, but a winner they did which was SHUSI ..deserving winner with a beautiful collection.

And the peoples choice was Modish & Swank! 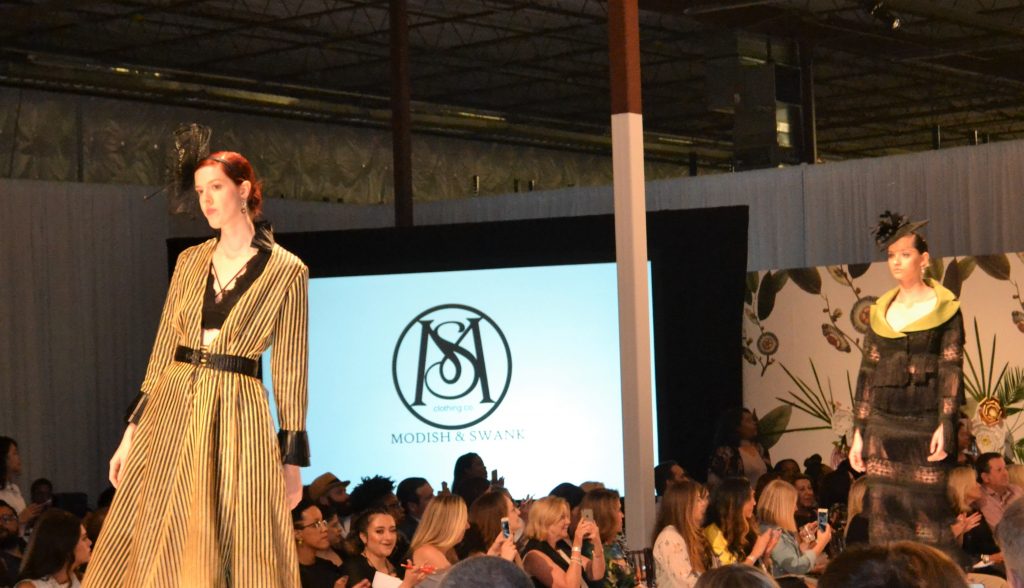 All participants were deserving winners and Fashion X put on an amazing show. 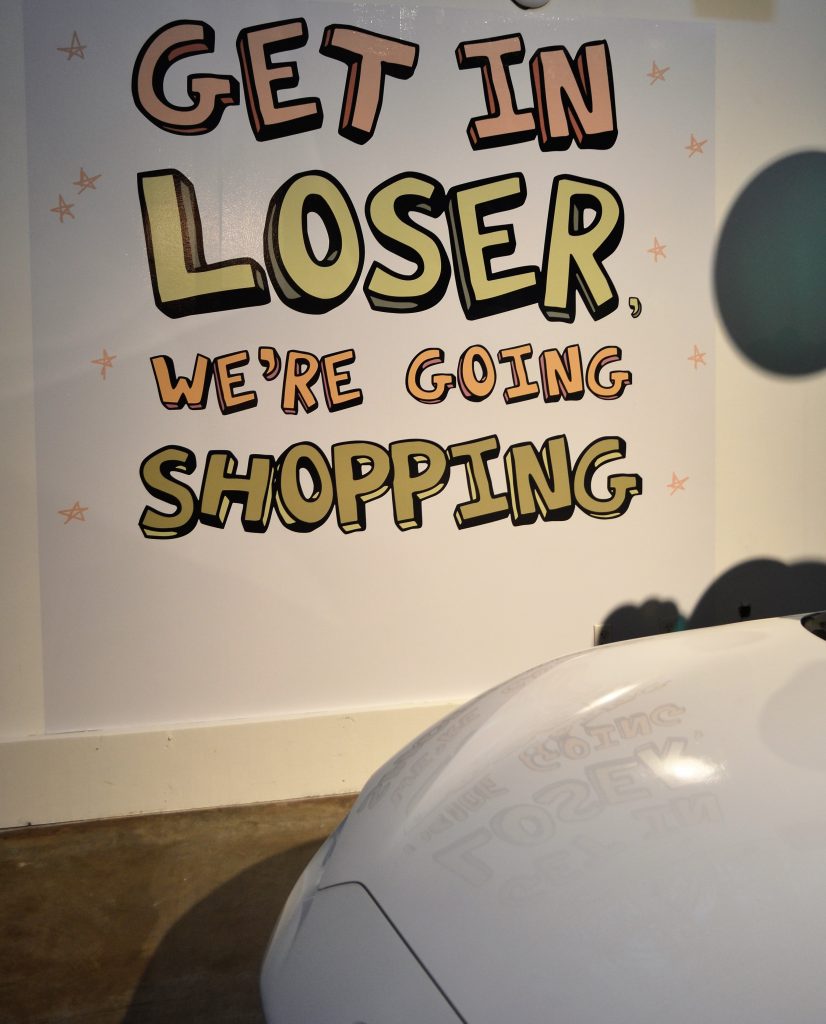