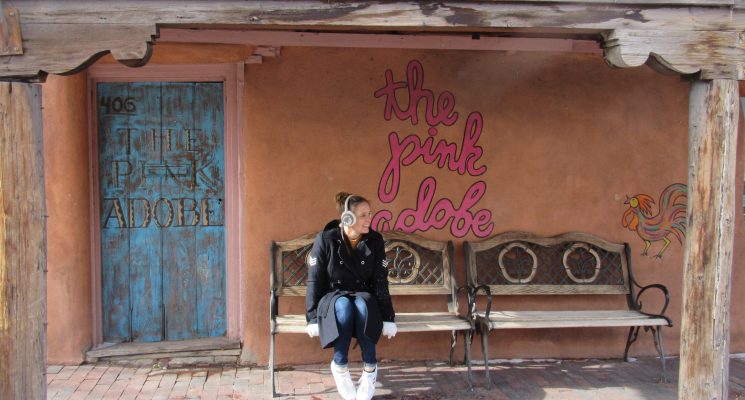 Travelling and Exploring around New Mexico

Travelling around America is a completely different experience to travelling around Europe …for one I’m not living on an island and have to grab a plane to get to a different destination…for Americans you jump in the car!! Ok so now i totally understand the meaning of “Roadtrip!”over here! 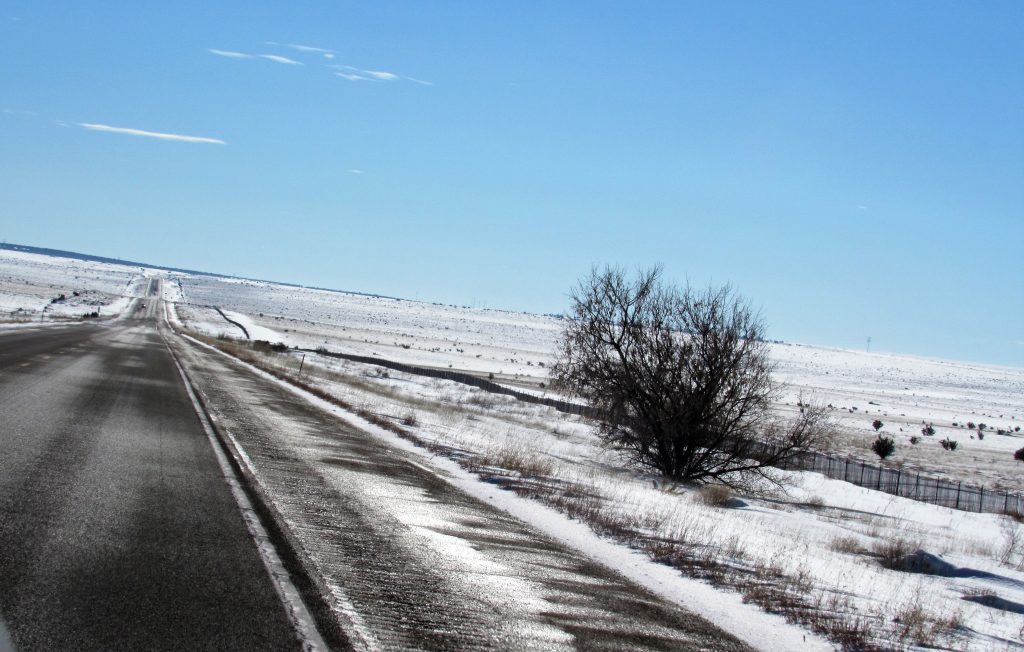 Roadtrips stateside usually consist of long drives as in 12 hours 14 hours, the magic is these types of distances don’t seem to phase them. Its a big country and Texas is an even bigger state, to get out of the state from Austin alone takes 6 hours, so we decided to embrace this driving to a destination.  And so for our Christmas break we took a 10hr 44 mins roadtrip to Santa Fe..wheres that I hear you ask…Why none other than New Mexico…Now granted these roadtrips are not done all in 1 day, most people like to break them up, so that’s exactly what we did. 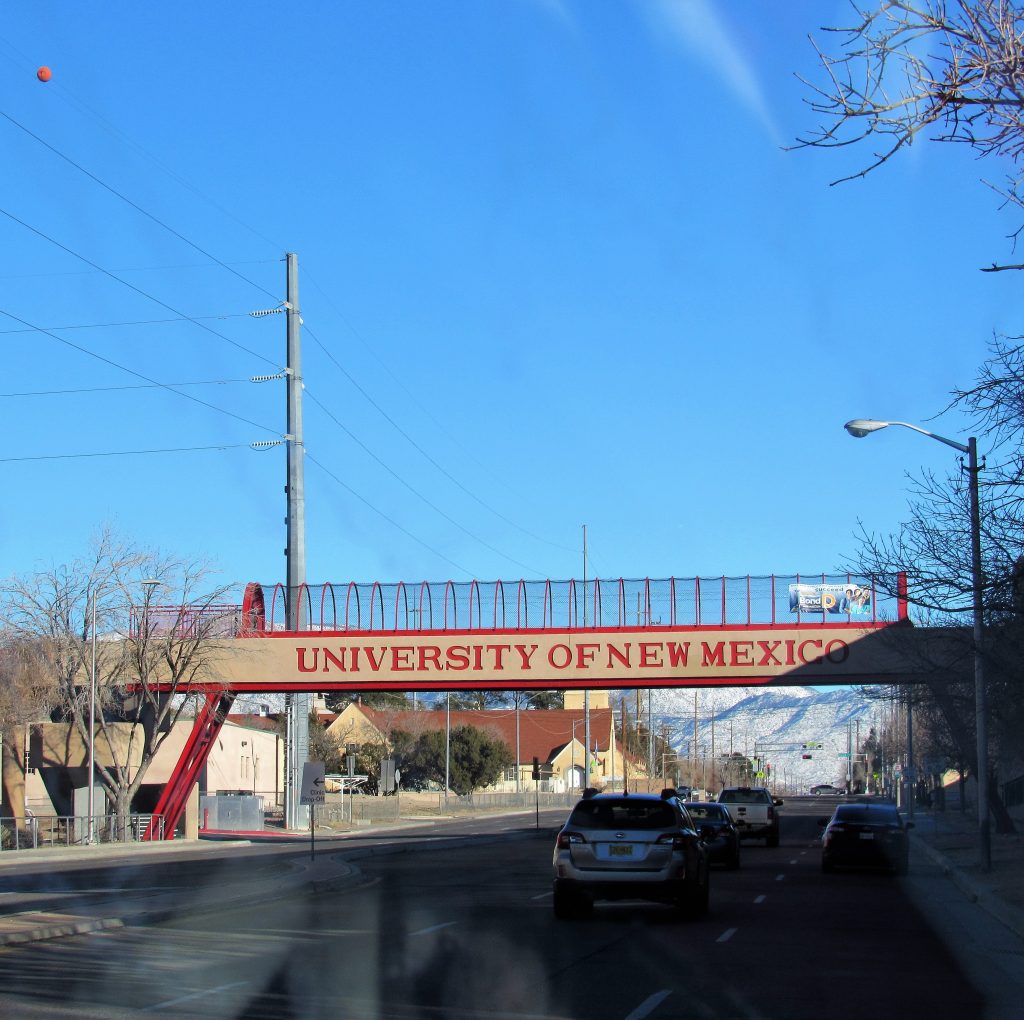 Our trip to Santa Fe, New Mexico was broken up by two stops, and spread out over 2 days for the journey to get there. We drove a 8 hr journey from Austin to Roswell, having a quick food/coffee break along the way . (We traveled with our two kids so brought plenty of snacks, drinks and numerous chargers and electronics ie ipads and mobile phones not to mentioned downloaded all kids music theme songs which entertained them for most of the car ride. They tried to guess the movie the song was from and also sang along) The kids are unbelievable driving long distances so we are very lucky. 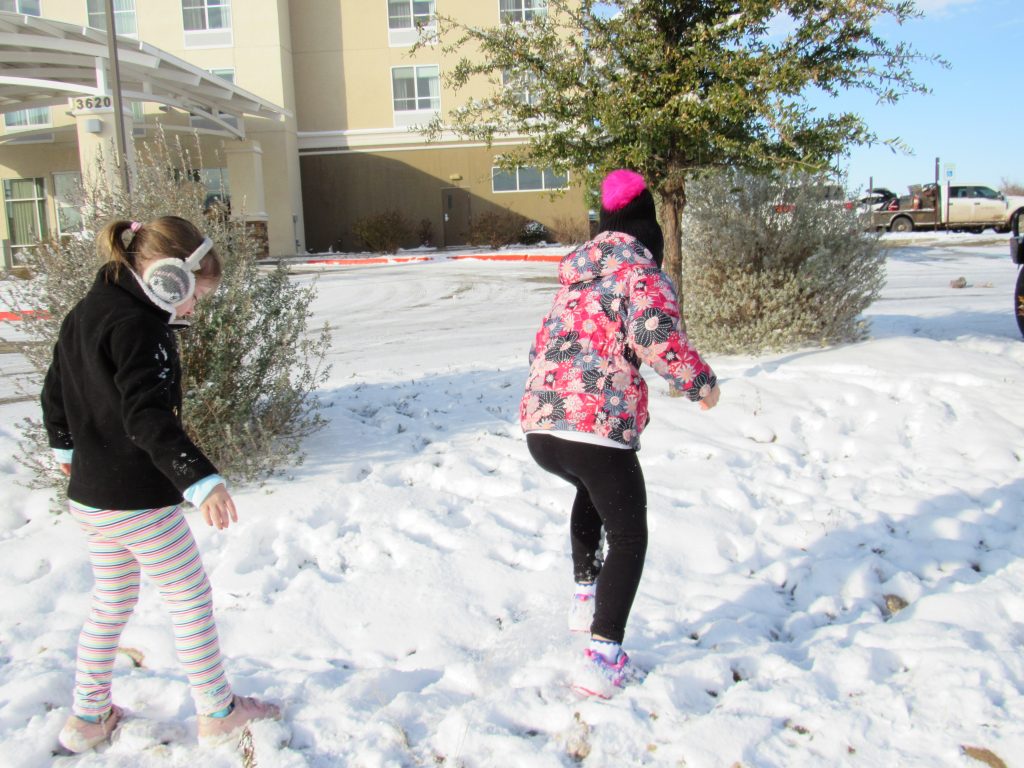 The beauty of this trip  was free accommodation using points, my husband due to all his travelling for work (before we moved to the states) has built up a huge number of points with different hotels, hence most of the hotels were paid by points and it saved us a lot of money. Always keep this in mind when travelling with work to book into hotel chains that do point systems as it might pay for a few nights if you decide to go on a weekend break or holiday.

We stopped over in Roswell for 2 nights, the 1st night we arrived late so it was basically dinner and bedtime. Roswell as you know is famed for an alleged 1947 UFO crash, so the next morning we aimed to visit the International UFO Museum. We stopped off at the Chaves County Courthouse which is an impressive building and the snow that had fallen that night was an added bonus.

Its a nice town but not a lot happening there. However it was perfect for us to stop off and take a rest after all the driving. The UFO museum is both entertaining and interesting and the kids loved it. 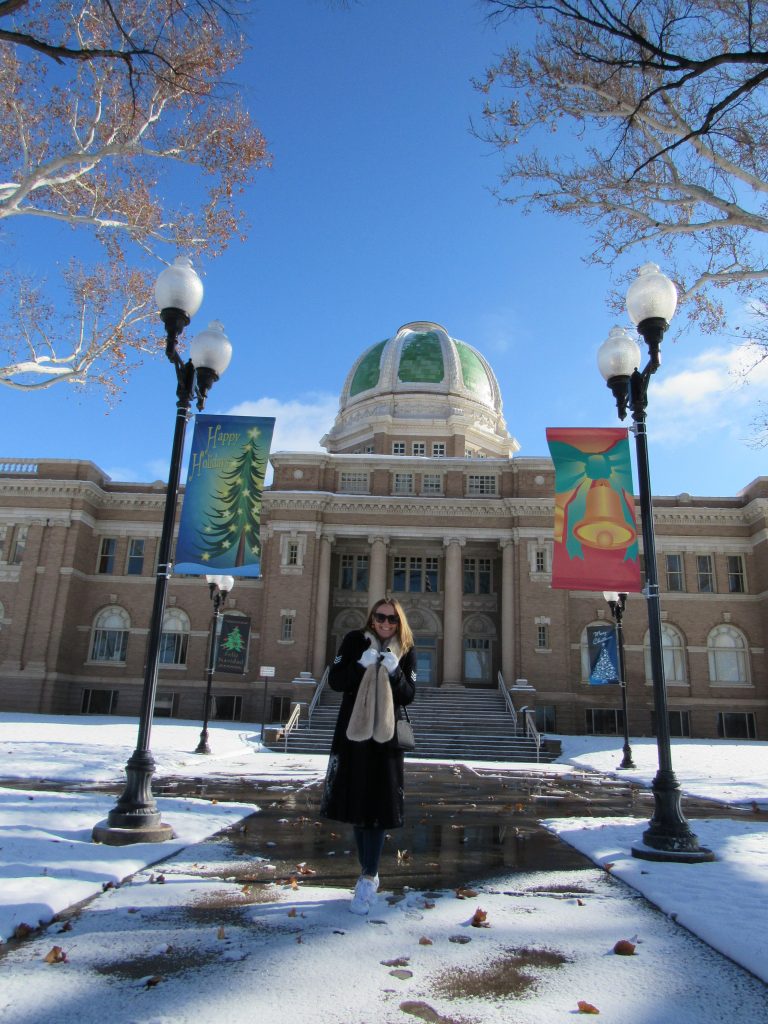 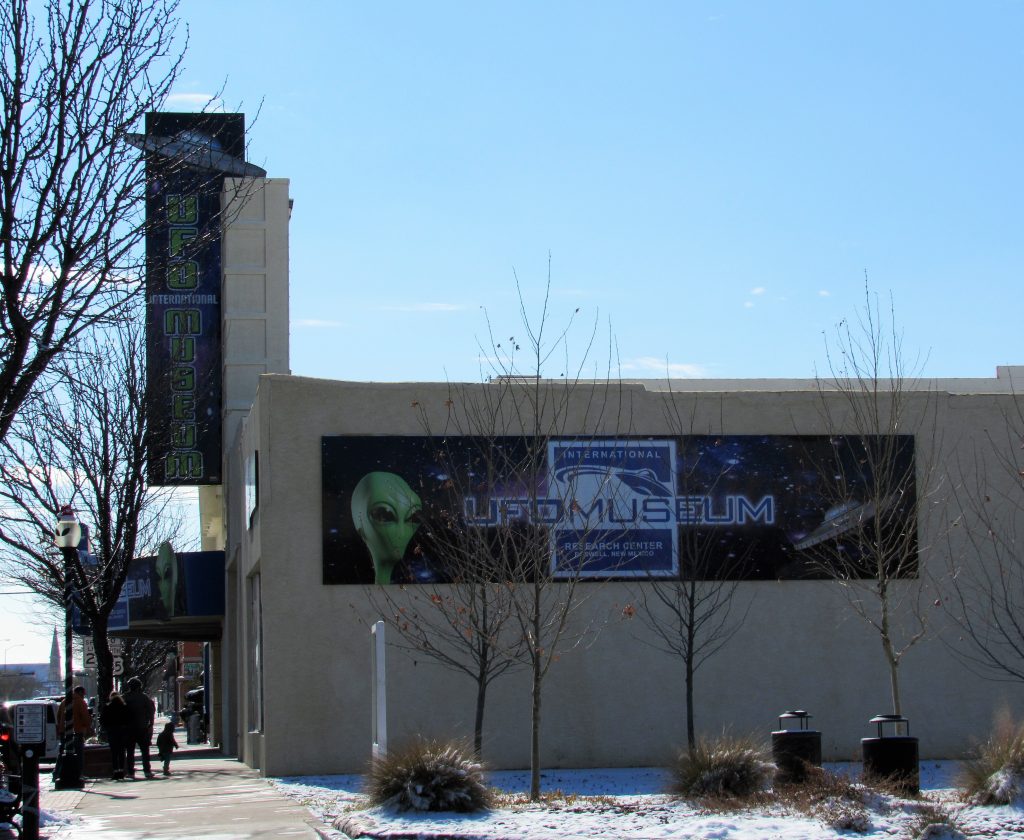 After our second night in Roswell, we took our journey further up to Albuquerque, the journey which should have only taken 3 hours to drive, took in fact 5 hours due to the winter snow storm that blew in overnight. The roads were treacherous and had we known how bad they were we perhaps wouldn’t have gone. It was most definitely an experience, with lots of abandoned cars, trucks and even Boats on the sides of roads, or out in fields!! 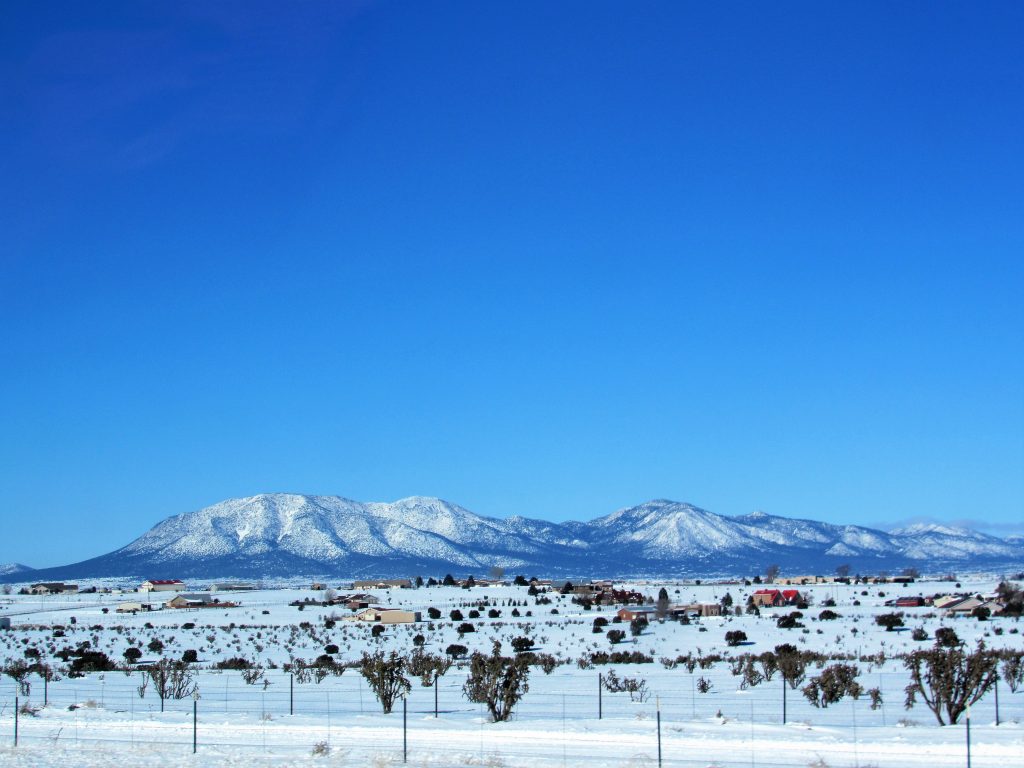 Coming into Albuquerque, the drive into the city was beautiful with the backdrop of the Sandia Mountains, we spent a  night here and had a wander around the district area known as Nob Hill (that was a cool artistic street), and has been described as “The heart of Albuquerques Route 66 culture”.  For me Albuquerque was just like any other large town you would pass through in the states, I think I was expecting a little bit more of a small town feel. I do know they run cable carts up the mountain at certain periods of the year and they also have an amazing balloon festival around October time, so it might be more fun to go around then instead. 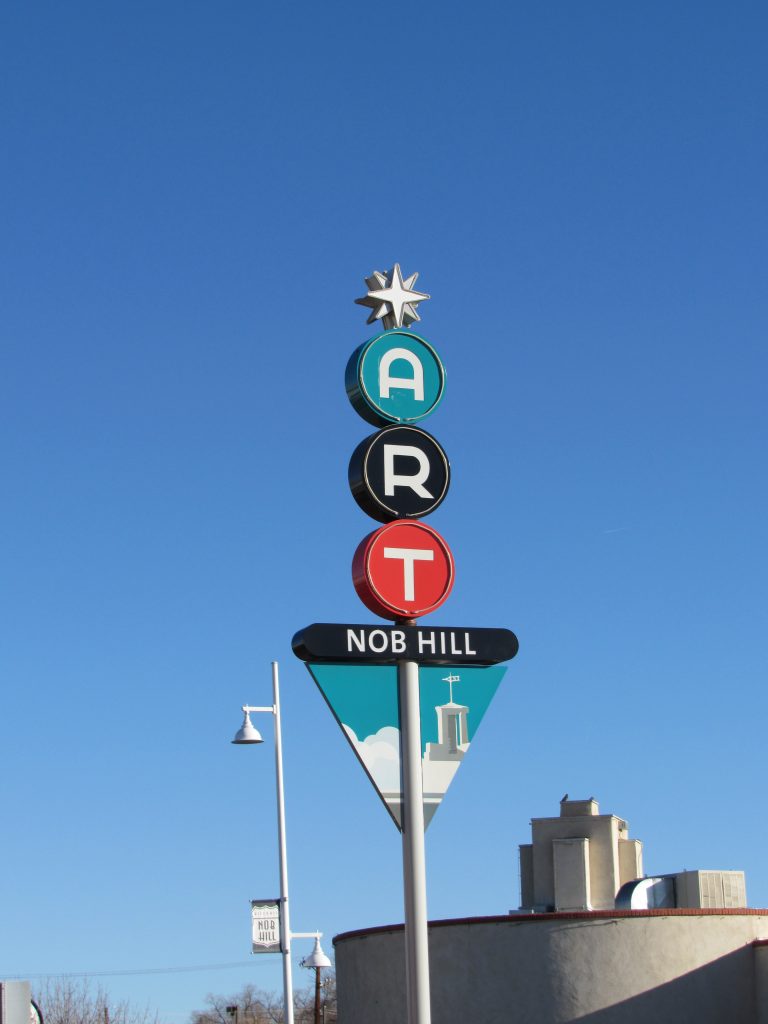 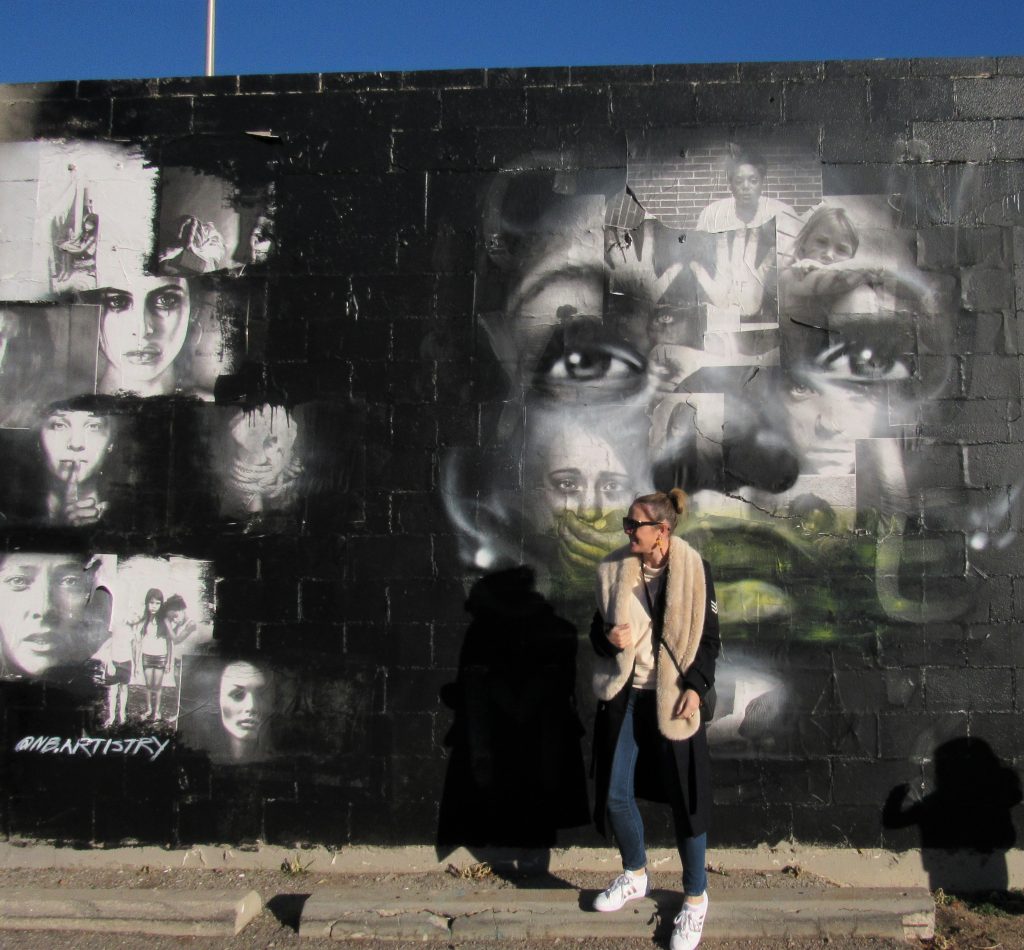 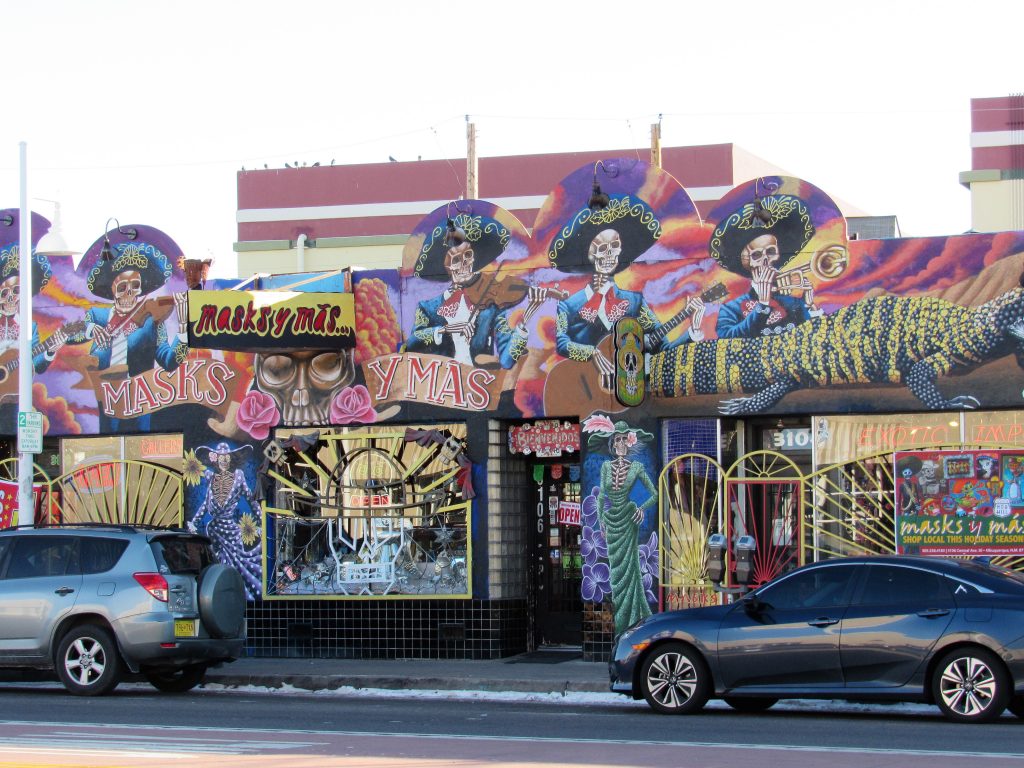 And so the next day it was onto the place we really wanted to see “Santa Fe” the capital of the US state of Mexico. We stayed in  a quaint hotel call the ‘Inn of the governors” in the downtown area. We ended up staying two nights here due to an unexpected winter storm, but lucky for us, as we love this traditional cosy hotel. We didn’t use points for this hotel but it only cost $139 for a two double bed room including breakfast, which in my opinion was very reasonable. 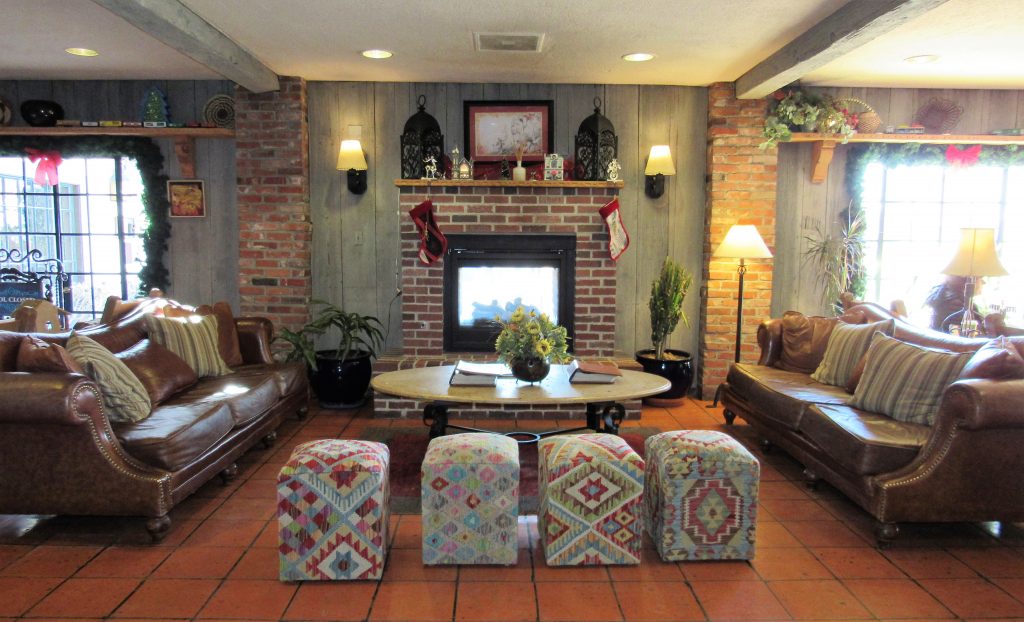 This town was beautiful, exactly what I had imaged  Santa Fe to be, it was old worldly, and had Spanish and Mexican influences throughout the whole town, mainly reflected in its buildings. 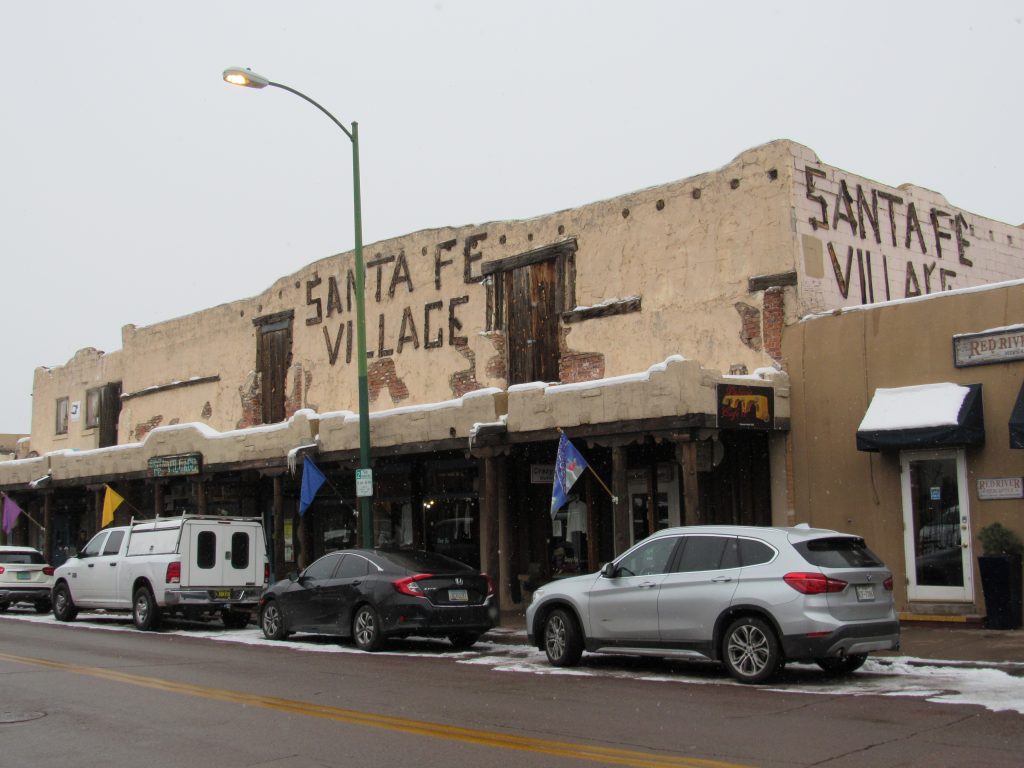 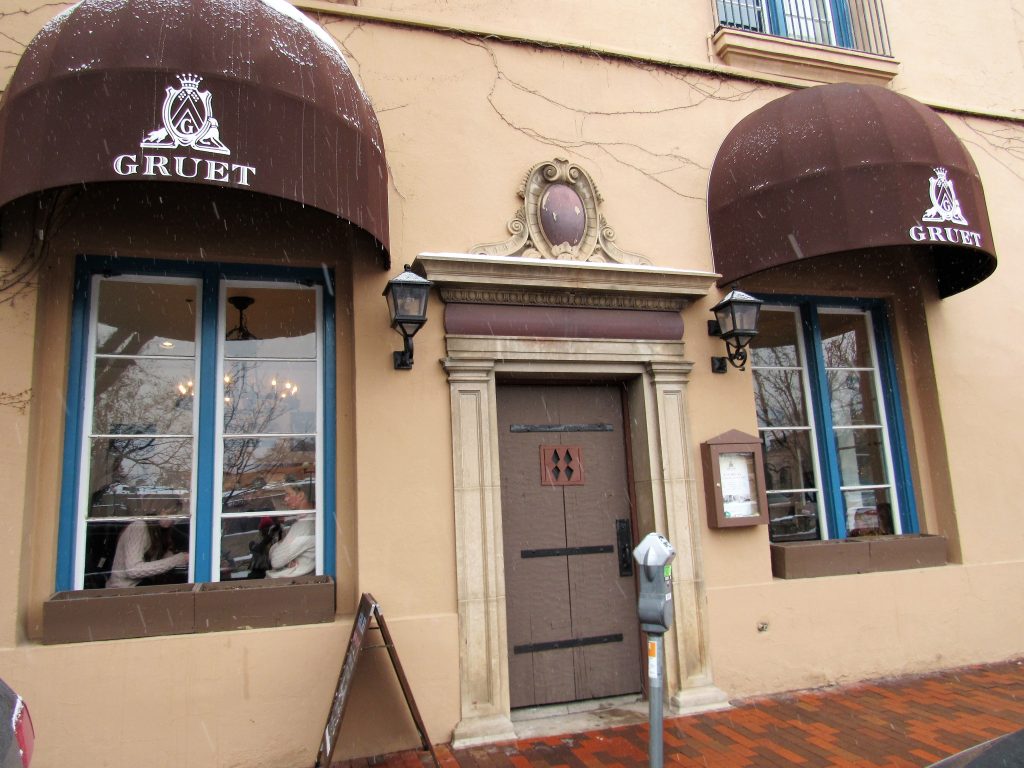 The plaza which is the main area downtown really reflected this. It is the national historic landmark of downtown and a central gathering place. It is surrounded by bars, restaurants, old historical buildings  (Palace of the Governors the oldest public building in the US) and art and sculptures. As it was Christmas we were spending new years eve there, the trees in the plaza were decorated with Christmas lights and a stage was set up for a count down at midnight. They also lit bonfires later that evening around the plaza on the streets and it was such a festive feel. Beside the plaza is the Cathedral Basilica of St Francis of Assisi and definitely worth a look. 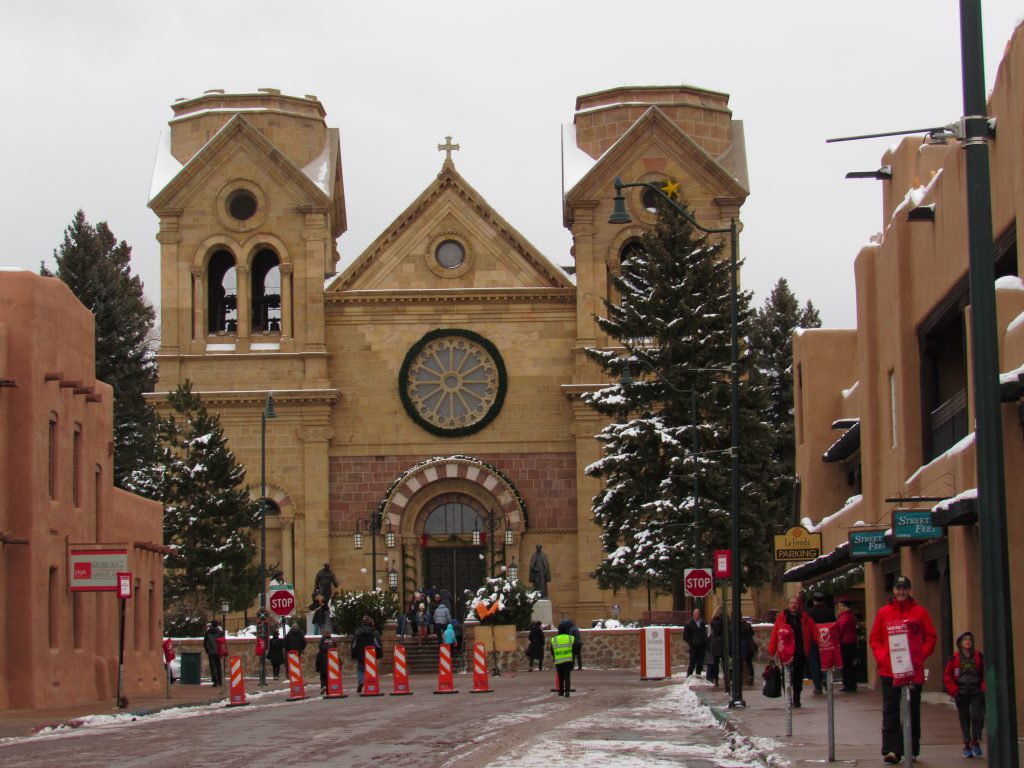 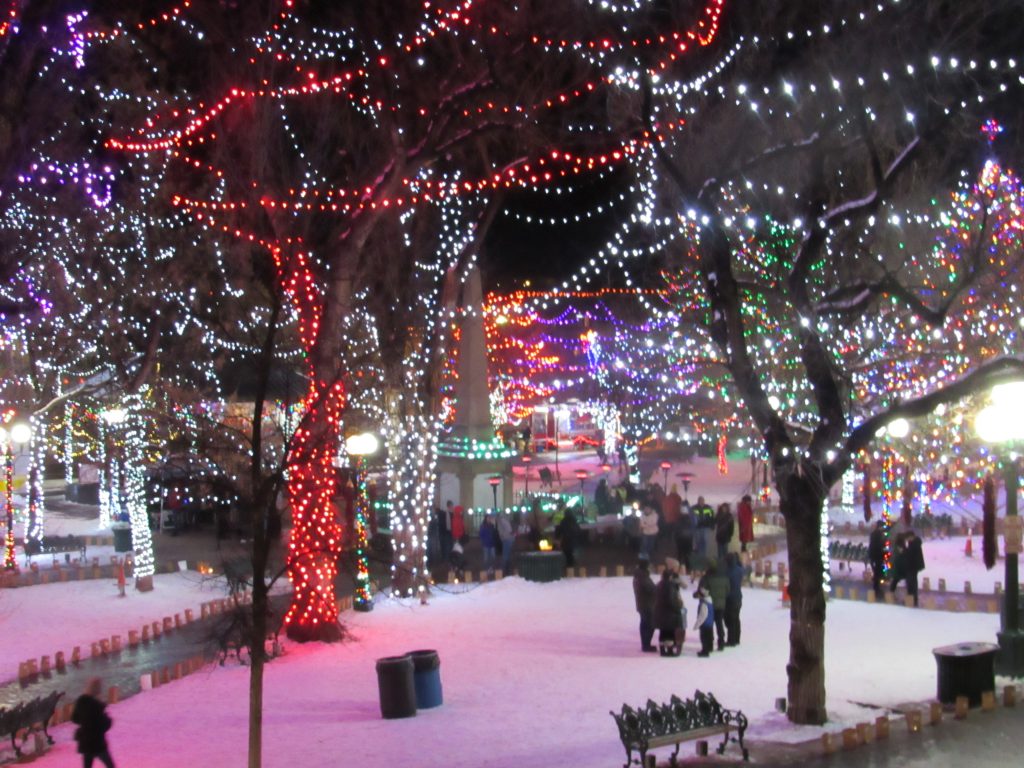 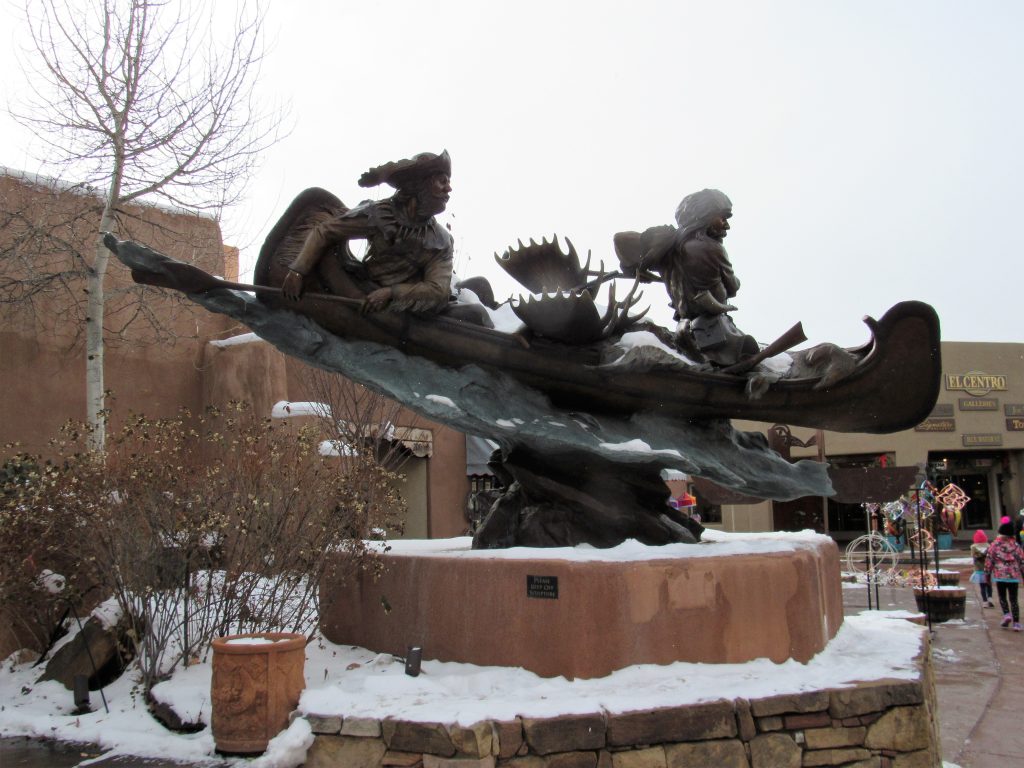 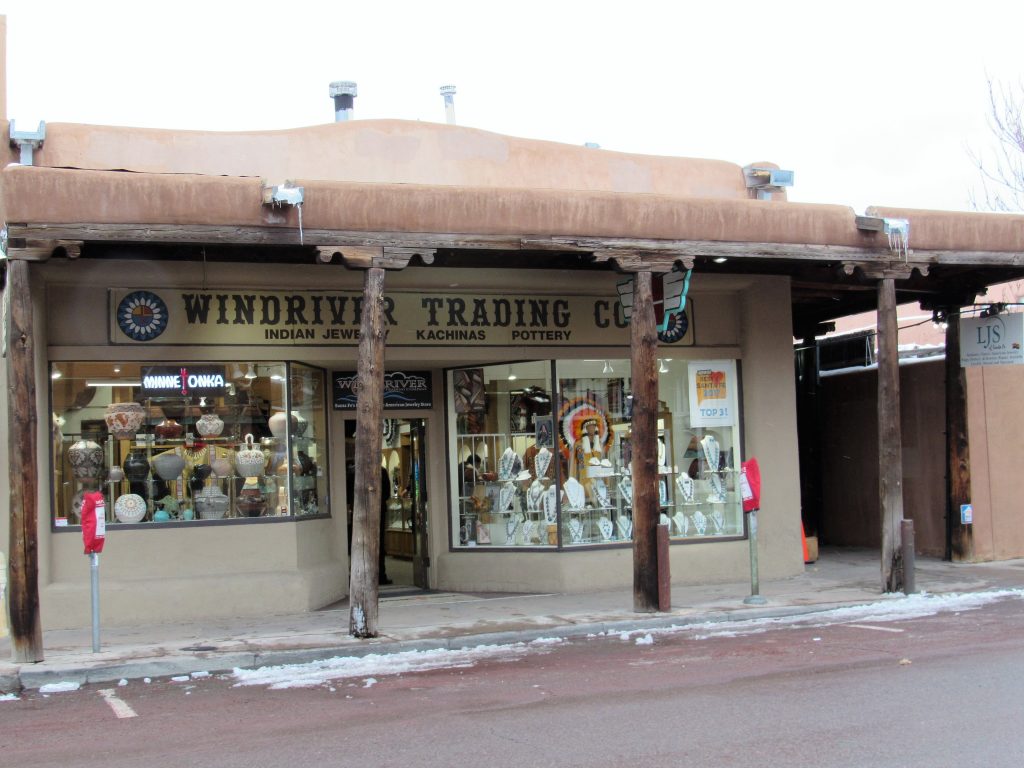 Santa Fe also has a Spanish colonial mission church known as San Miguel, it is the oldest known church in the continental united states as it was said to be build around 1610 and 1626. 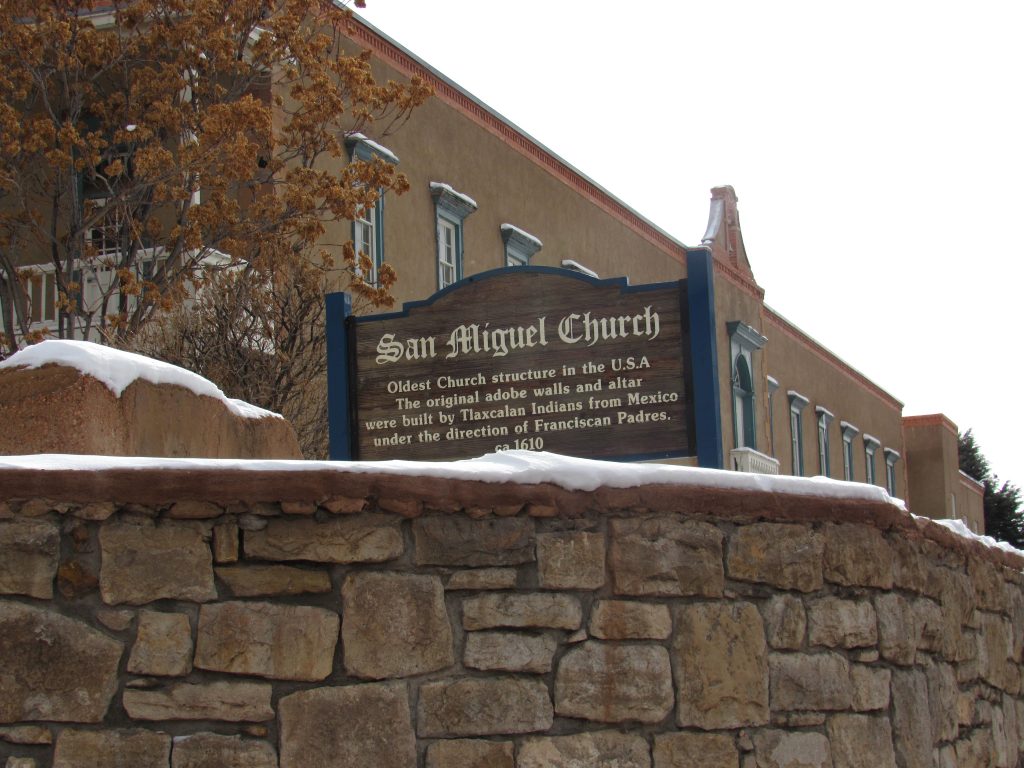 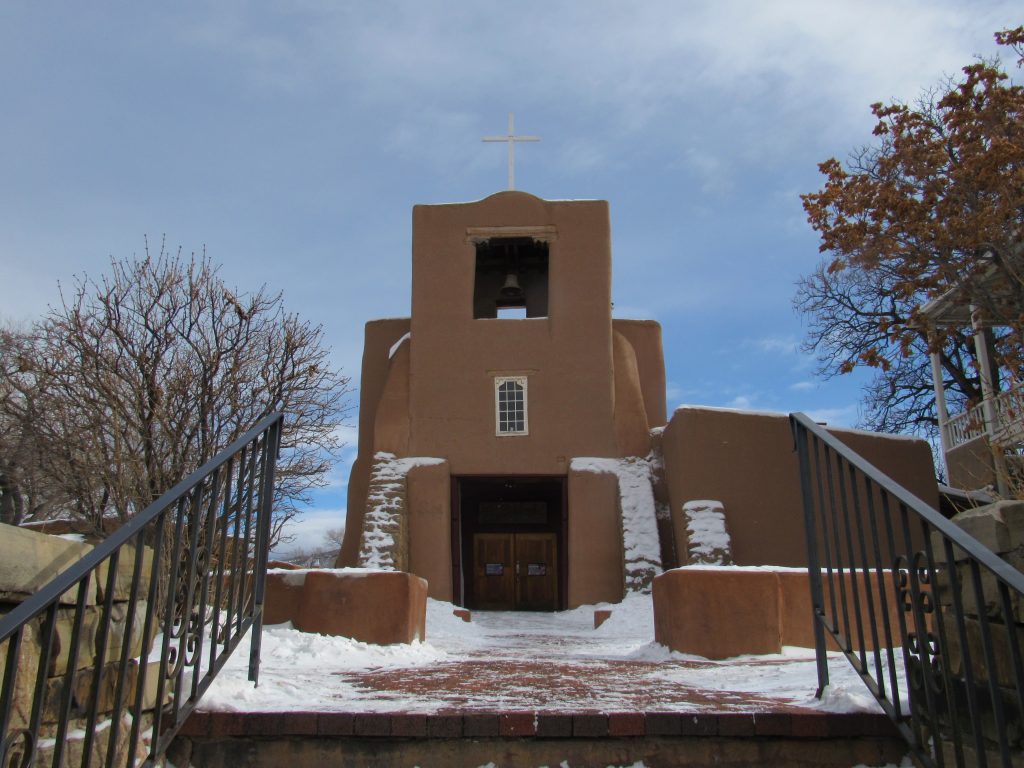 There is beautiful narrow crooked streets spreading out from the Plaza area around the town and each corner street reveals beautiful art , sculptures and buildings. Its scattered with history of its ancestors  hidden everywhere and which  is why I think we fell in love with this place. 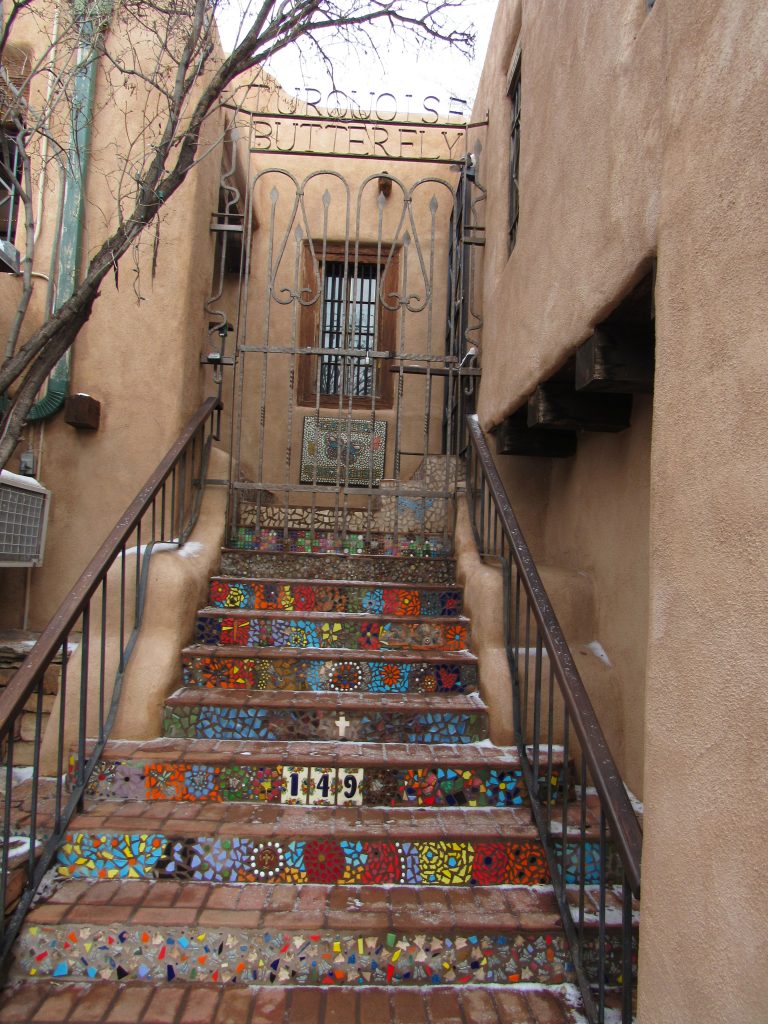 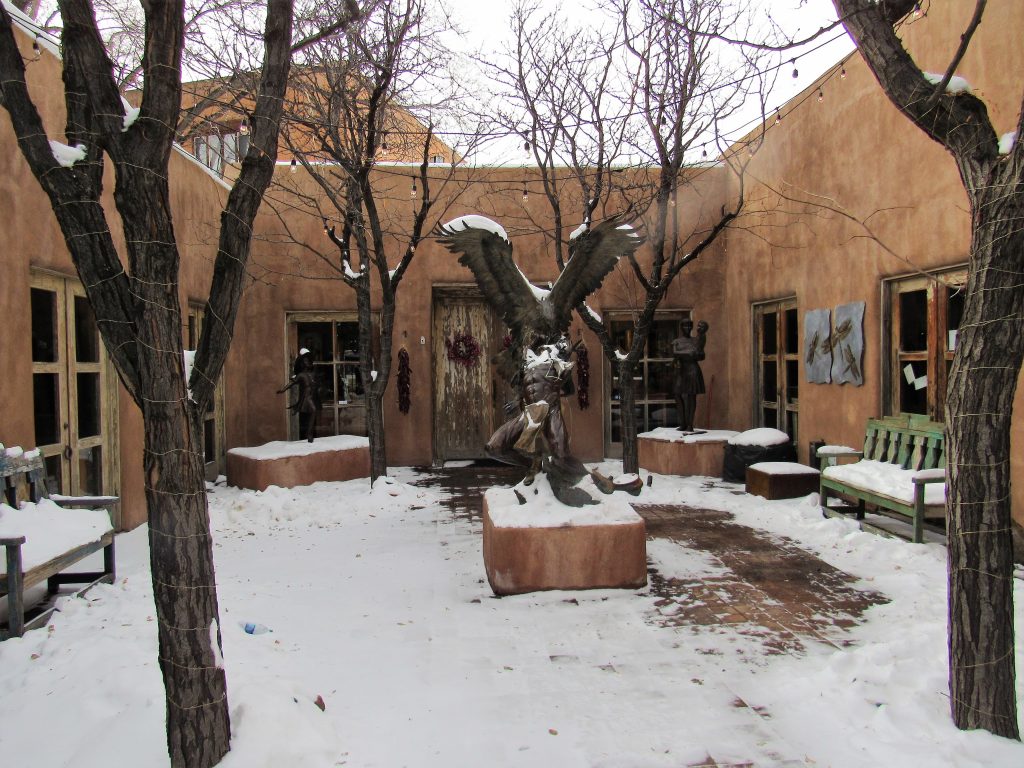 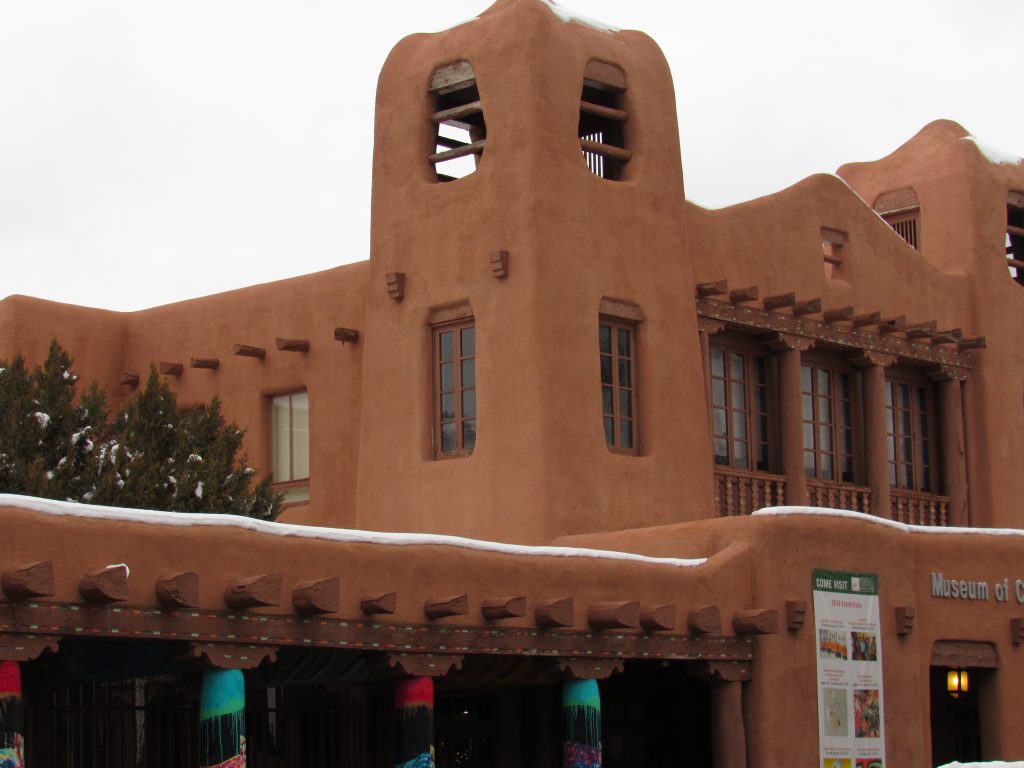 Alas the storm cleared up and the main highways were clear so it was time to make our way back to Austin. Again we had the mammoth drive of of nearly 11 hours. So once again we decided to break it up with an overnight stay in Lubbock, we did a slight detour to Amarillo which allows you drive some of Route 66, that has been one of my top things to do before I die 🙂 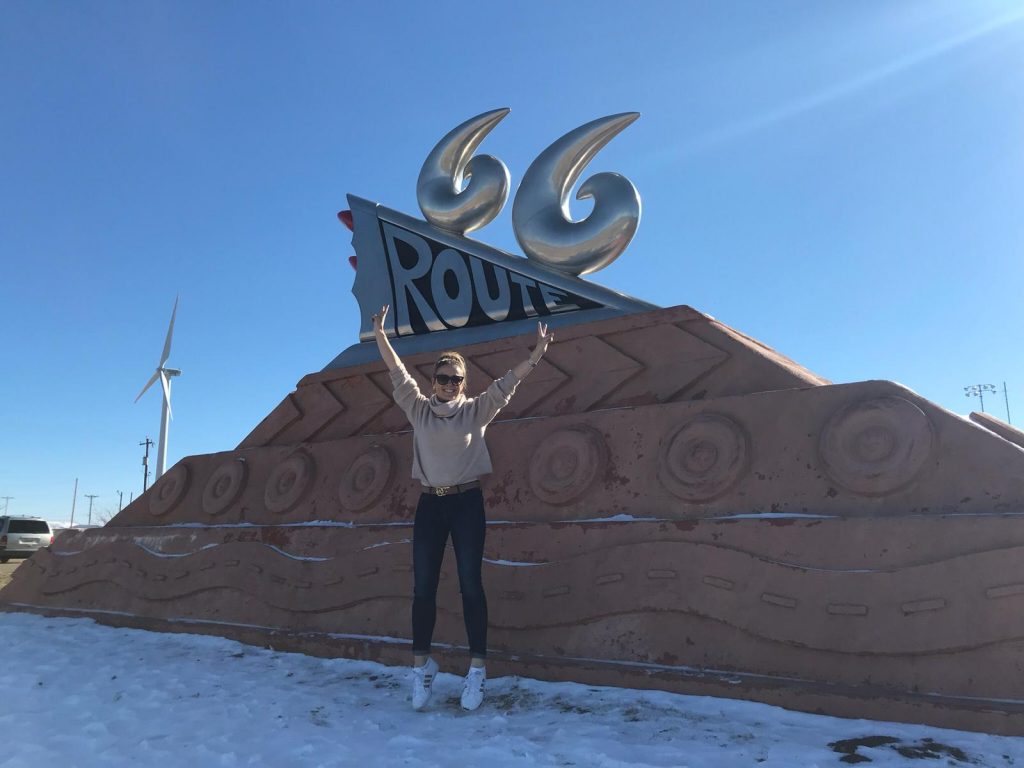 Off we set and you hit route 66 as you take the exit to Tucumcari. I imagine Tucumcari was once a roaring town during the 60’s as for many years it was the popular stop for cross country travelers.  Old Route 66 runs through the heart of Tuscamcari via Route 66 Boulevard and its like driving through times past!!! There is vintage motels and restaurants that were built in the 1930s 40’s and 50’s scattered around as you drive through the boulevard …..it was fascinating. 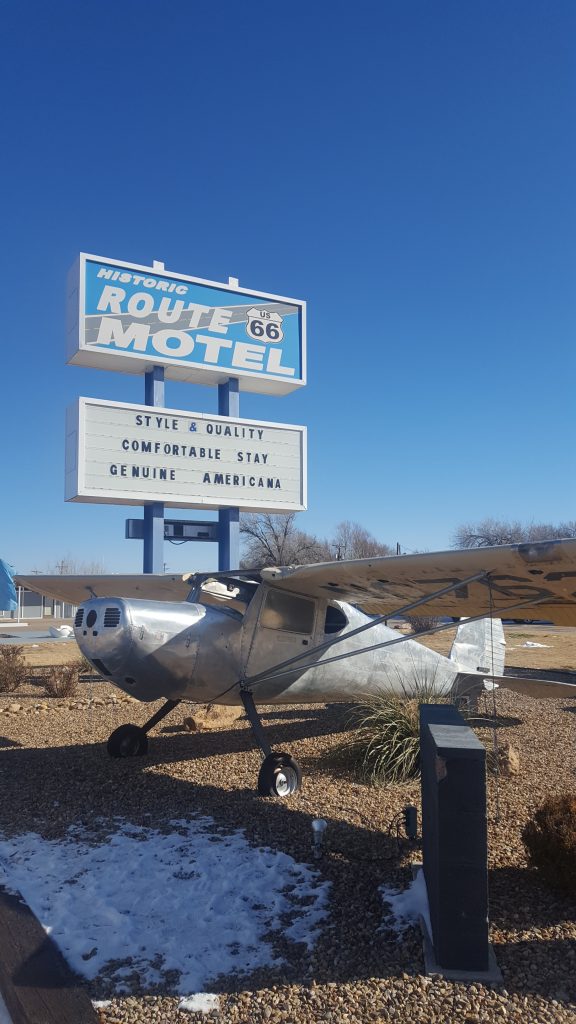 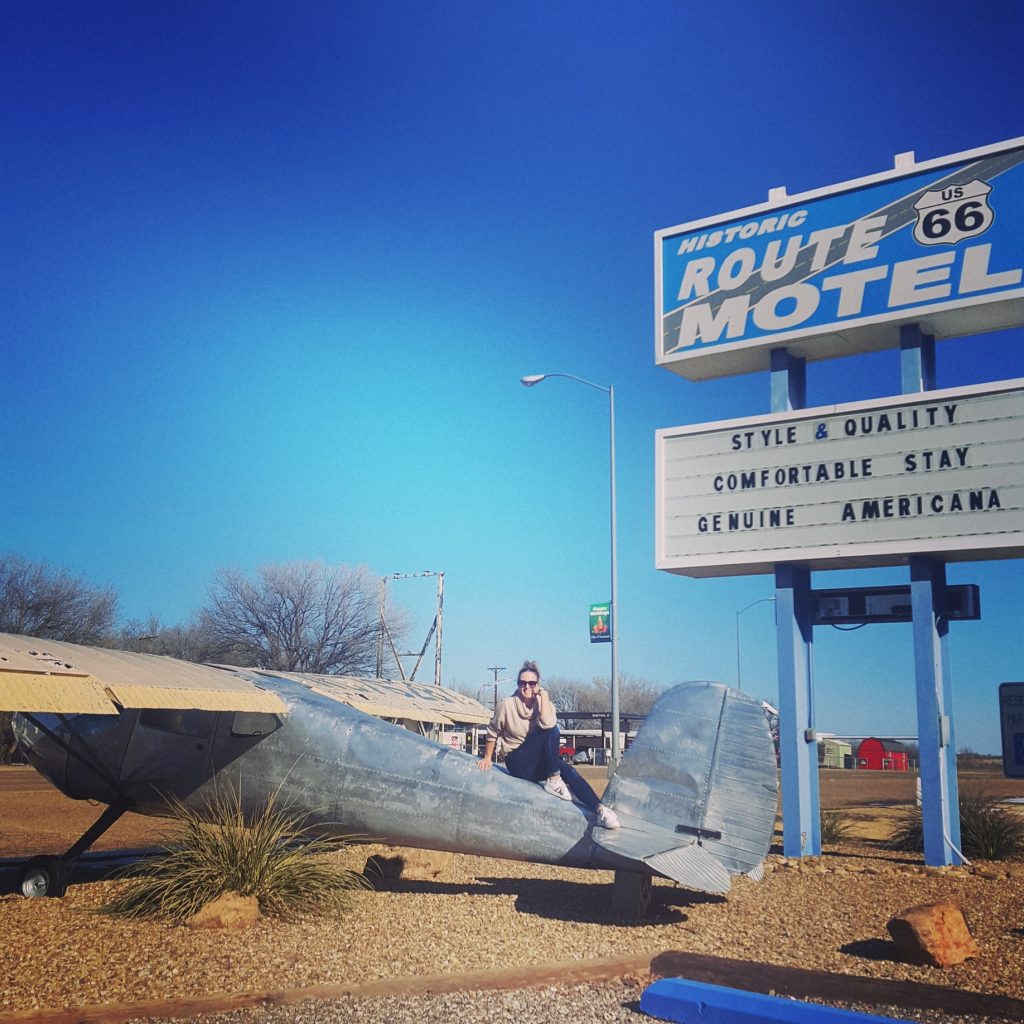 So fascinating we decided to stop for Coffee and what a unique treat that was for us. We stepped into Kix On 66! It was a lovely friendly old style restaurant with good food too!! I felt like Sandy in Grease 🙂 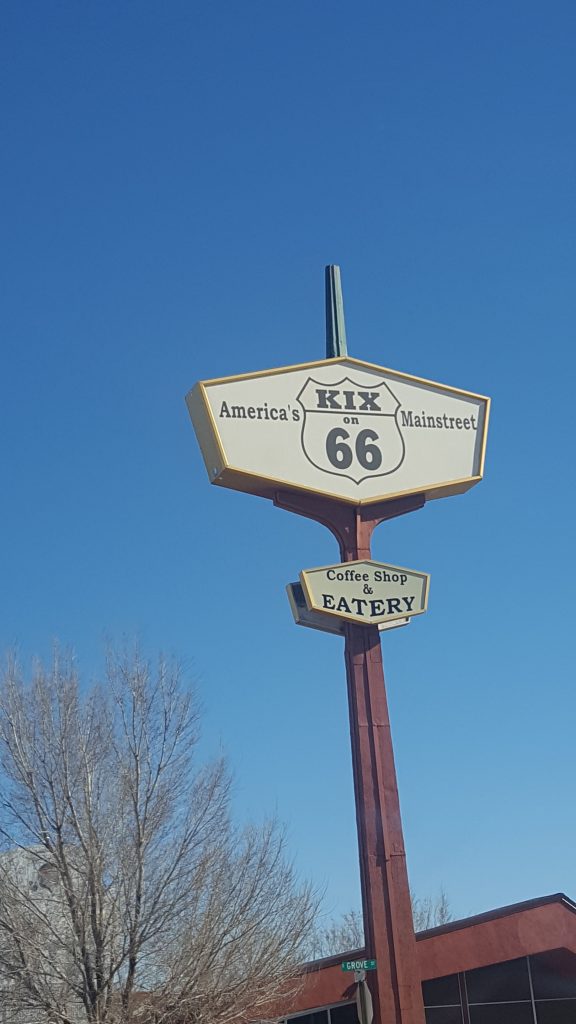 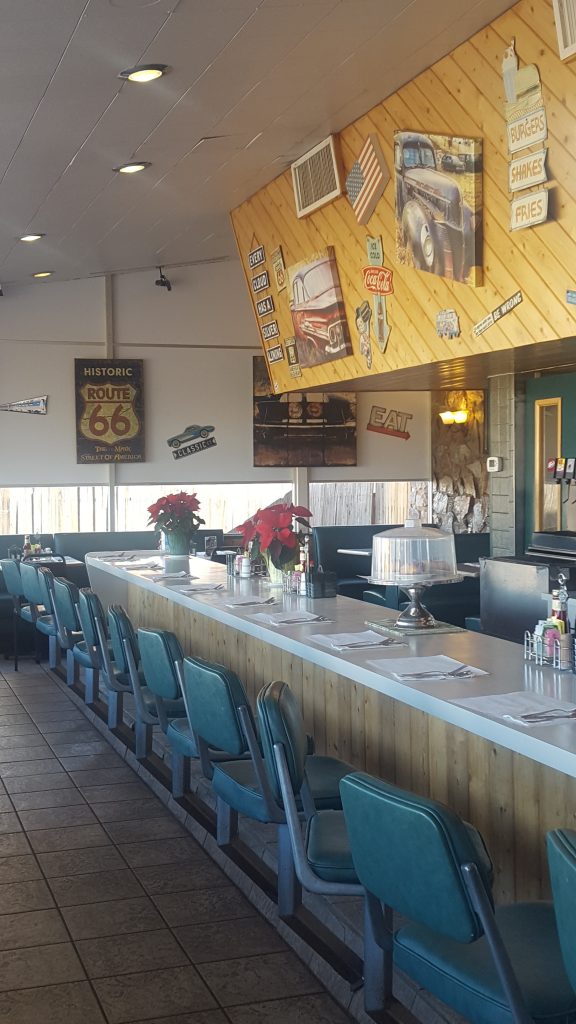 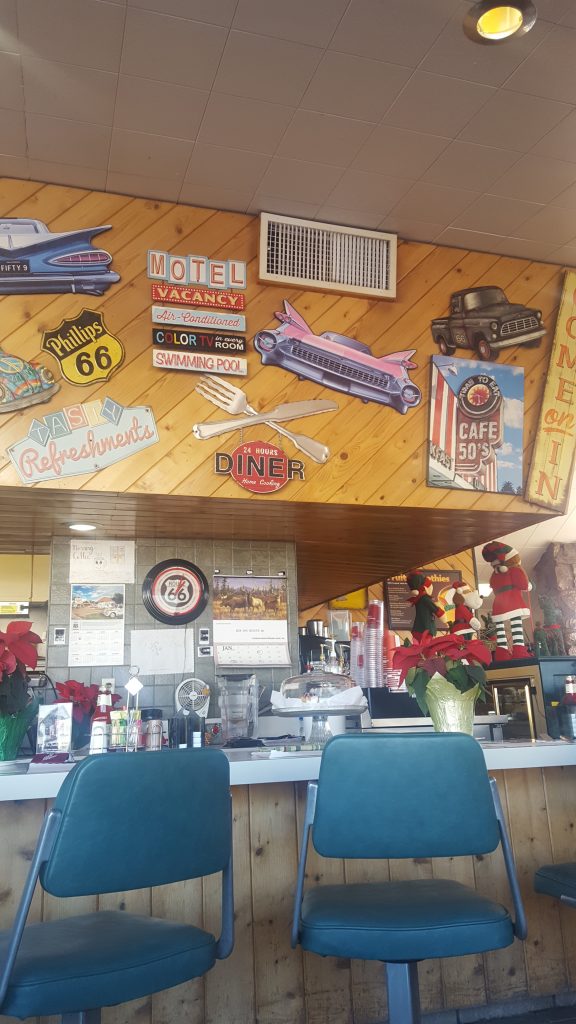 After our quick stop at Kix on 66 we traveled on towards Amarillo, we really wanted to see Cadillac Ranch, but on getting there it was a bit of a let down. The art work was off out in a field but was ruined by litter. People just threw and scattered their empty spray cans around the cars, leaving the artwork looking unpleasant and an eye soar. Such a shame and disappointing to see, unfortunately too there was no trash cans anywhere to clean it up a little. 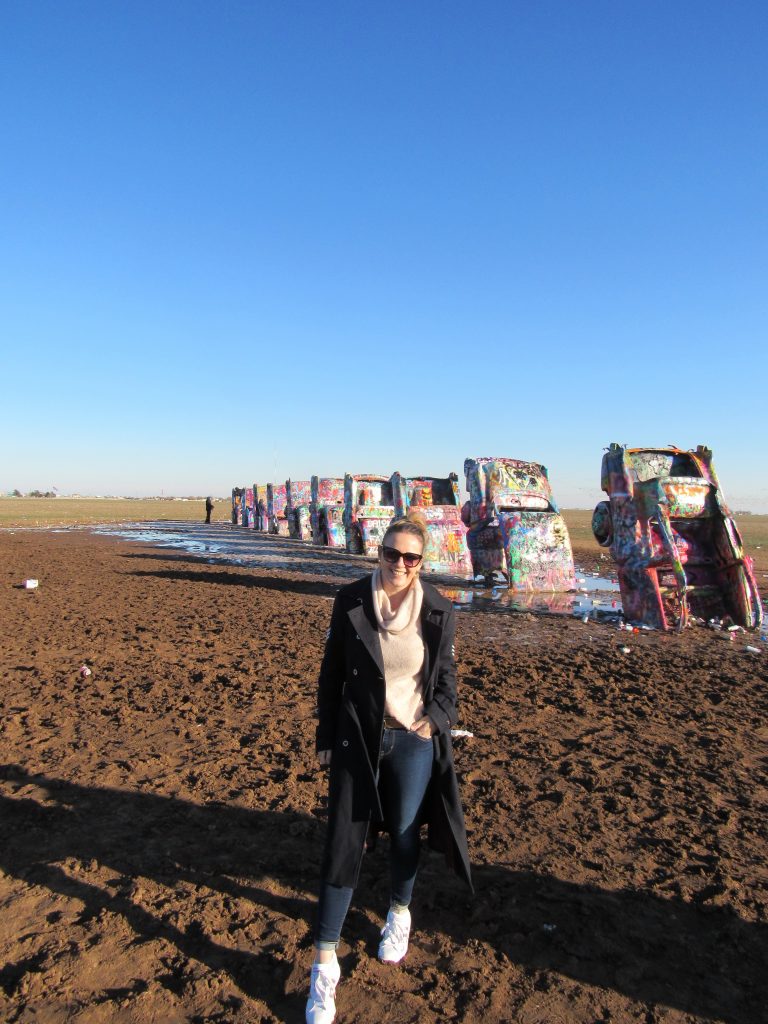 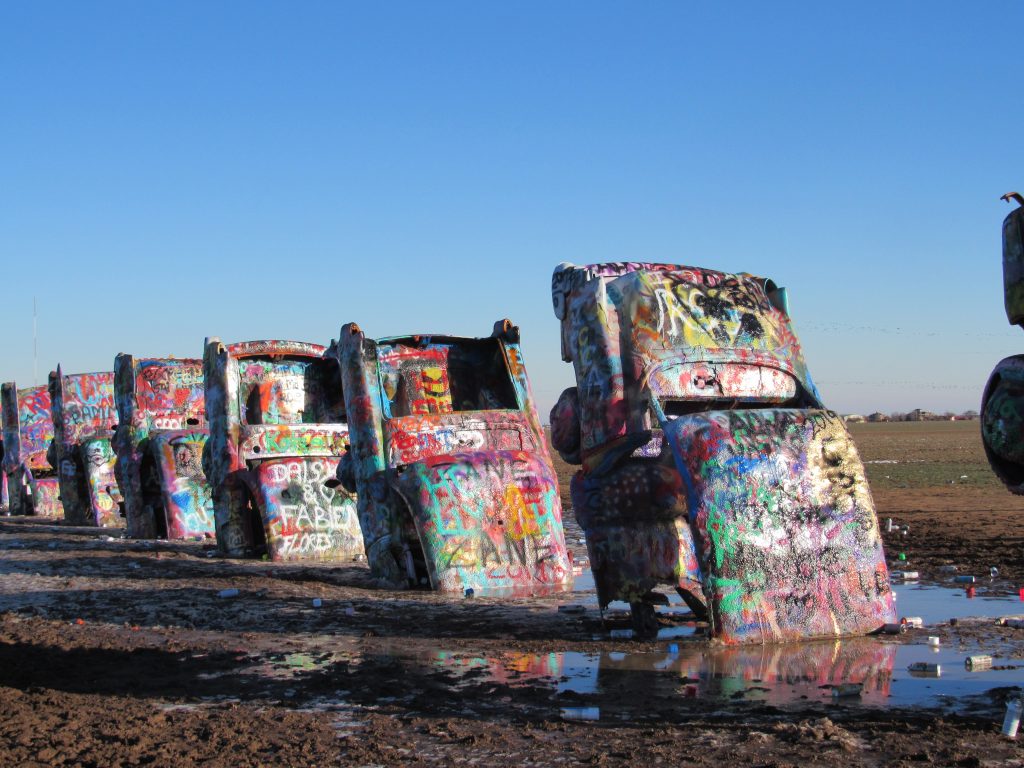 Its so cool to see the cars lined.. but what a shame the trash that surrounds the Cadillacs

From there we headed to Lubbock and stayed overnight in the Holiday Inn, again using hubbies points. Buddy Holly was born in this town and there is a museum there which is worth going to see. Unfortunately we didn’t have time and headed onward towards Austin which was another 6 hours drive.

Overall New Mexico is beautiful, when the snow storms came the roads are very risky and we were unprepared for that, however we were lucky to make it to and from there safely.

I loved Santa Fe and its old worldliness and would definitely recommend going to see it, it really is quiet beautiful and I can see why they nickname it “the land of enchantment”.